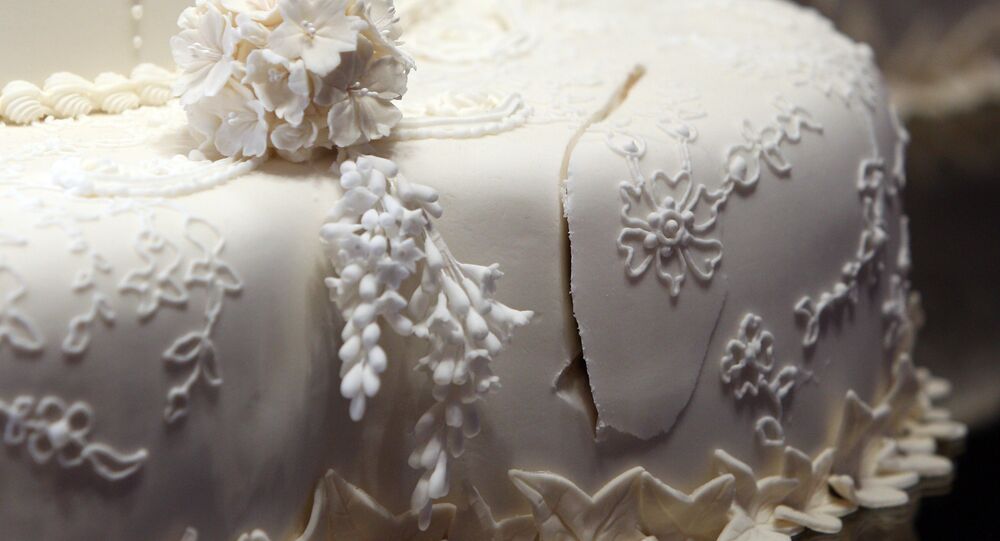 A well-heeled would-be bride who called off her wedding at the last moment was not able to recoup on her reception feast, and so she bussed in the homeless to consume it.

Faced with a $30,000 banquet tab that a swanky suburban hotel refused to let go of, Sarah Cummins — facing the sudden cancellation of her wedding — chose to give the expensive feast to as many homeless people as she could fit at the cloth-covered tables.

Declining to reveal why her wedding was called off one week before it was scheduled, and faced with the posh Ritz Charles hotels' nonrefundable contract for a 170-plate reception feast, Cummins contacted area homeless shelters and had busses bring indigent persons from downtown Indianapolis to share some humble pie, as reported by the Japan Times.

The 25-year-old would-be bride, as well as members of her family and wedding party, greeted the homeless guests as they disembarked from the busses and entered the plush hotel lobby, many wearing clothing donated by local charities.

"I didn't have a sport coat," said Charlie Allen, who claimed to have been living in a homeless mission for three months.

"Or to remind us what we had," he added.

The bride-that-wasn't did, however, report that her former groom-that-won't helped to foot the bill for the event, and agreed with her desire to share the feast with some of Indianapolis's homeless population.

"For me, it was an opportunity to let these people know they deserved to be at a place like this just as much as everyone else does," Cummins said.

"These people," including some invited local veterans, were waited on like royalty, and enjoyed bourbon-glazed meatballs, goat cheese, roasted garlic bruschetta, chicken breast with artichokes and a chardonnay cream sauce, and, of course, the inevitable wedding cake, possibly without the little plastic couple at the top.

It is not known whether a band played or alcohol was served.

Following the feast, the homeless were presumably allowed to keep their finery before being returned to the urban hovels from which they had previously been rounded up.

Democracy in Crisis: Rising Inequality Could Cause Globalization Rollback