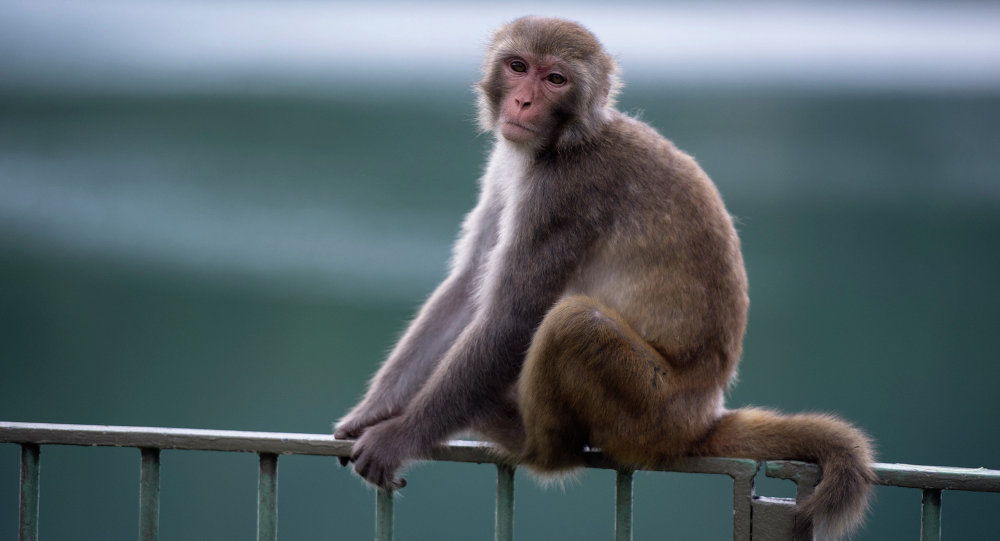 ‘It is Absurd’: Monkey’s Ownership of Selfie Debated in Court

In what seems like a case written for a comedy sketch, animal rights organization People for the Ethical Treatment of Animals and photographer David Slater are back in court, in the hopes of finally determining who owns the selfie that Naruto, a macaque monkey, took back in 2011.

Drawing a crowd of law students and curious San Francisco residents, an occasionally amused three-judge panel of the 9th US Circuit Court of Appeals heard the case, according to Time.

The selfie was taken six years ago, when photographer David Slater was in the Tangkoko nature reserve in Indonesia’s Sulawesi island. Naruto snapped the now classic self portrait using Slater’s camera.

​PETA originally filed its suit in 2015 against the self-publishing company Blurb for copyright infringement, arguing that since Naruto took the image it belonged it him, not Slater. Unfortunately for the animal rights group, it did not win its initial argument.

Slater says that the copyright for the photos obtained in the UK by his company, Wildlife Personalities Ltd., should be honored.

While the judges failed to make a ruling on Wednesday, PETA attorney David Schwartz’s argument boiled down to one point: photographs can be copyrighted and Naruto is the author of his selfie.

"We have to look at the word ‘authorship’ in the broadest sense," Schwartz said in court.

"Where does it end?" Angela Dunning, an attorney for David Slater, asked the Associated Press. "If a monkey can sue for copyright infringement, what else can a monkey do?"

"It is absurd to say a monkey can sue for copyright infringement."

© Sputnik / Aleksey Nikolskyi
Hey, Mr. President! Let's Take a Selfie Together
17
A victory for PETA would be "the first time an animal is declared the owner of the property, instead of being declared a piece of property himself," the activists’ attorney Jeff Kerr stated.

"There is nothing in the Copyright Act limiting ownership based on species, and PETA is asking for an interpretation of the act the acknowledges today’s scientific consensus that macaque monkeys can create an original work."

According to Andrew Dhuey, a second attorney for Slater, the whole case is just a publicity stunt by PETA. Dhuey jokingly added that Naruto made a grave mistake by not appearing in court.

"It's like he doesn't even care," Dhuey told reporters.

PETA hopes to use the money gained from the photos to help protect monkey habitats and carry on helping people study monkeys.

Should We Tell Him How It's Done? Georgian MP Tries to Take Selfie