Panda twins in Southwest China's Chongqing Municipality celebrated their first birthday in a local zoo Tuesday, on the hottest day the city has sweated through so far this year. 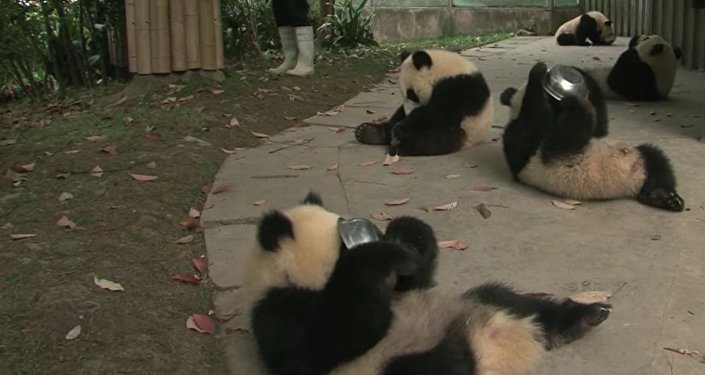 The temperature in the city was forecast to hit a roasting 37C Tuesday.

In their first year of life, the cubs grew from a dainty 100 grams at birth to a hefty 30 kilograms now, Yin Yanqiang, the chief technician at the zoo's panda pavilion was quoted as saying by the report.

Yu Bao and Yu Bei — whose names can be roughly translated as "Chongqing's treasures" if combined — are the first set of panda twins born in the facility that have made it to their first birthday, he revealed.

To help the zoo's 15 pandas make it through the scorching Chongqing summer, the zoo uses air conditioning to keep their rooms between 20 and 25C and has placed heat-resistant mats on the floor of their enclosure.

Their pool is also constantly filled with water so that the pandas can take a cooling dip during the day.

"One-year-old pandas are the most active, so we only let them out in the morning and evening to avoid them getting heatstroke under the sun," Yin said.

The pandas living at the Chengdu Research Base of Giant Panda Breeding gave birth to six pairs of twins in 2015, a record number, according to a report from local newspaper the Sichuan Daily.