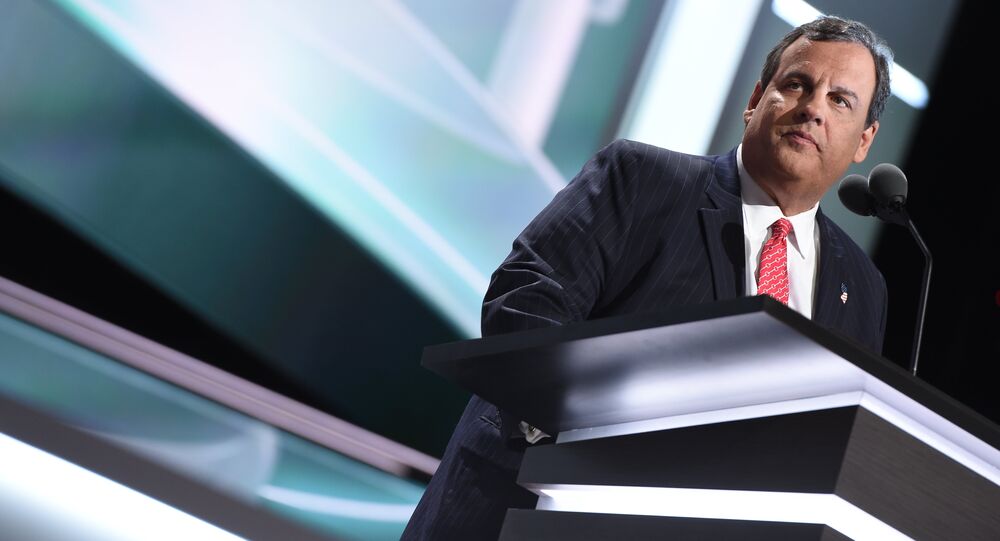 A sand sculpture of New Jersey Governor Chris Christie lounging on a closed public beach has gone viral in the wake of America’s least popular governor’s most recent scandal.

The sand sculpture, which reportedly took the two artisans a total of four hours to complete, depicts Chris Christie in a most Jabba the Hutt-esque fashion: a goopy potato man in a red hat, red shirt, and blue shorts relaxing in a chair next to a sign that reads "BEACH CLOSED". Also adorning the sculpture are a miniature shark and the phrases "I LOVE NEW JERSEY", "JULY 4TH", and "IBSP" (short for Island Beach State Park).

The sculpture didn't last until nightfall, but in the meantime it became a popular subject of selfies.

​The sculpture was inspired by aerial photography of the governor and his family taken on Island Beach State Park. The public beach and park were closed, along with 40 other sites, by Christie on Friday when the state legislature failed to pass a budget.

Gov. Chris Christie and family soak up sun on state beach he closed to the public. @AndyMills_NJ https://t.co/5NfFIv4IWX pic.twitter.com/nnWVxw5XT1

​However, it seemed the closure did not apply to the two-time Republican governor, who enjoyed the governor's retreat at Island Beach even when the park was closed to the public. The pictures quickly went viral online as the reclining Christie was photoshopped onto locations such as the Oval Office, alongside the cast of Jersey Shore, and so on.

There are so many to choose from, but I personally think this is the most devastating of @AndyMills_NJ's Christie photos. pic.twitter.com/AAEyJbgzEj

​Christie refused to apologize about the incident when asked about it during a Monday news conference. "The governor has two residences in New Jersey. One down at the beach, at Island Beach State Park, and one at Drumthwacket, which also is in Princeton," he said.

​"The governor is allowed to go to his residences, and I'm at my residences. I'll tell you this, I said last Monday, a week ago today, that no matter what happens, we were coming here as a family this weekend."

​"A week ago today, I told people we had plans to be here, and whether it shut down or it didn't, we were going to be here because it's our residence," he added. "They actually caught a politician keeping his word."

​Once a conservative darling who recorded approval ratings as high as 77 percent in early 2013, Chris Christie has undergone a slow fall from grace that has reduced him to one of the most unpopular governors in history.

#ChrisChristie JUST IN: I think we have live images from the White House. pic.twitter.com/rjwaU4sin4

​With 15 percent approval, he records similar levels as Frank Murkowski, the former Senator and Governor from Alaska who appointed his own daughter to his vacated Senate seat. With only six months left in his second term, Christie told reporters that "I don't care" about his record low approval ratings.

​The two sculptors, Tom and Larry, are local celebrities in New Jersey as they build sand sculptures on Seaside Heights every year. In 2016, they built a tribute to the victims of the September 11, 2001 terror attacks to honor the 15th anniversary.