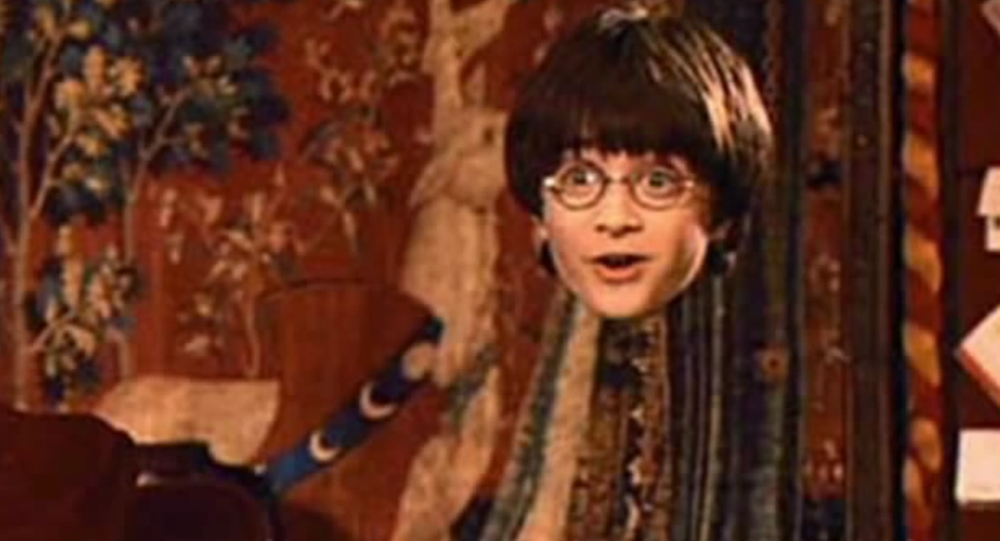 Return to a Magical World

All it takes are a few musical notes to send Zhang Bin reeling back in time to when he was just a young boy.

"The main theme from Harry Potter immediately takes me back to that magical world, especially after a fatiguing day, making me feel the same thrill that Harry feels each time he returns to the Hogwarts School of Witchcraft and Wizardry after a terrible summer vacation spent at his aunt's," the 28-year-old Beijing-based sales agent, a fan of the series for 16 years now, told the Global Times on Sunday

The seven-book series written by British writer J.K. Rowling, about a young boy who enters a magical world and eventually becomes a skilled wizard in his own right, celebrated its 20th anniversary on June 26.

With a total of more than 20 million copies sold in China over the past 17 years since the Chinese versions of the first three books came out in 2000, the series, for some hundreds of thousands of Chinese fans like Zhang, is more than just some commercially successful franchise.

"The series was like a drug for us back then, partly because we had few fantasy novels to consume," Xiao Lingzi, a 26-year-old US-based accountant, told the Global Times in an e-mail, recalling how she and her friends fell in love with the series some 14 years ago. "Rowling's imagination amazed me."

The books and films introduced to Chinese readers an entirely new fantasy world featuring Western-style magic and a series of fictional yet mind-blowing gadgets and creatures. Many of those who read the books as kids or teens talk about the profound impact it had on their lives.

"I used to pretend to travel around using Disapparation [teleportation] magic just like Harry and his pals did," Zhang, who often finds himself exhausted from traveling between cities for work, told the Global Times. "I still enjoy how these cute funny details from the series will pop up in my mind and make my uneventful life a bit more poetic and fun."

With its fascinating magic world, Harry Potter was a source of "special childhood memories that my friends and I share," said Xiao, recalling that at one point she and her best friend grew so fond of the series that they designed and drew a Harry Potter board game by hand.

Xiao said that the great thing about the plotting of the Harry Potter series is that it featured characters that were the same age as her and her friends and described a magical world that was just a single wall away from the ordinary world.

"It made us believe there might be a parallel world of magic somewhere and we just happened to go to a Muggle [a term for non-magical people in the books] school," Xiao said.

One of the things that many fans find so attractive is that the Harry Potter series is filled with ordinary everyday items that have been imbued with magic, ranging from powerful magic instruments to exotic drinks and food.

"I would really love to try a glass of 'butter beer,'" said Xiao, explaining that she is planning a trip to the Harry Potter Theme Park located in Orlando, Florida.

The charm of the franchise for many Chinese readers, as one article from culture-related news site cul.qq.com points out, also lies in "Harry and his pals' defiance against the school system, their competition with students from other houses and their excitement at moving on to a higher grade" rather than the so-called "British flavor" of the books — which might explain why the series' attraction is relatively universal around the world.

Not everyone has fallen in love with the series, however.

Some Chinese readers have criticized certain plot points in the series as being a bit cliche. Others point out that the series may not be as popular as it seems, since some people read the books not because they liked them but simply because "reading Harry Pottergave you something to talk or brag about among your peers," wrote Douban user Babel Tower's Little Yuan, explaining her younger brother's fake passion for the series when Harry Potter fever was at its peak.

"As for me, a 20-something university student, the series isn't as interesting as other fantasy works such as the Song of Ice and Fireseries. It's just a bit too childish," Babel wrote.

Someone To Look Up To

"Curiously enough, Harry is not the kind of perfect hero that we often expect to see in a novel," Xiao said. "He has faults yet manages to win friends and win the day through his fearlessness and courage."

For many Harry Potter fans, the series offered many valuable lessons on growing up when they themselves were teenagers eagerly looking for a role model to look up to.

"A boy once marginalized in the ordinary world, Harry manages to find his place in his own world," said Shen. "It is truly amazing how he stands by and protects his principles and the people he loves."

As the first generation of Chinese Harry Potter fans enter their 30s, get married and have kids of their own, many are considering passing on the experiences they have treasured for the past 20 years to the next generation of fans.

"I think the Harry Potter books are perfect for children," said Zhang Nan (pseudonym), a 28-year-old Harry Potter fan who just had her second child a few months ago. "I plan to give my collection of the series to my children as soon as they are old enough to read."