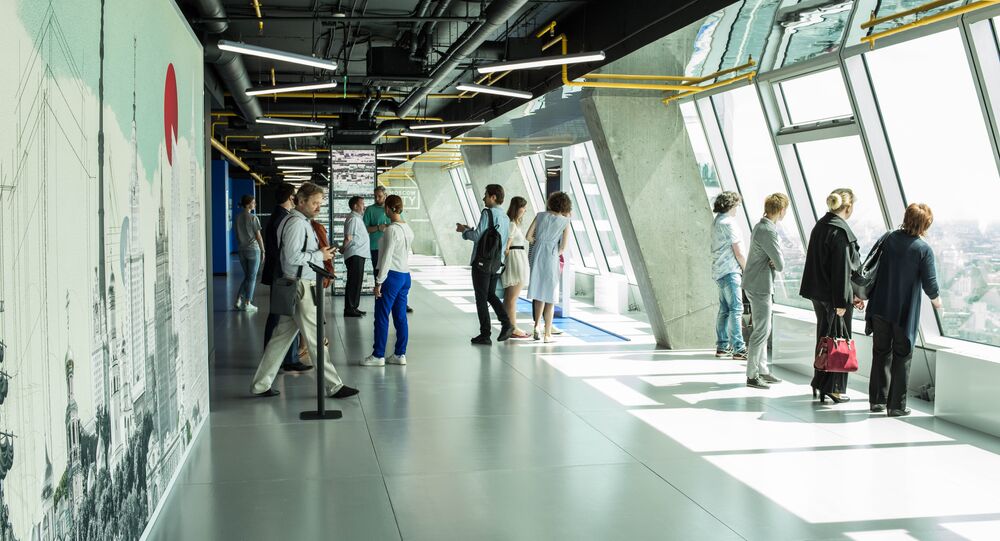 A new museum opened in Moscow City's Empire business high-rise on July 1. Its visitors will be able to enjoy a spectacular panorama of the Russian capital from a height of over 200 meters and learn the history of the city’s “growth,” from the 14th century Ivan the Great Bell Tower inside the Kremlin’s walls to modern day skyscrapers.

Regina Konstantinova — The new cultural facility, which is located on the 56th floor of the Empire business high-rise, is the first museum to show and tell everything about how Moscow "grew up" and how high-rise architecture changed the appearance of the city. The museum's interactive hall presents the data in facts and figures that can be compared with information on other famous high-rises throughout the world.

Historical artifacts for its installations were provided by the Museum of Moscow, and its unique excursions, which can be presented in many languages, were developed by experienced guides and specialist from the City Tourist Bureau.

"This interactive exhibition allows one to see what the Russian capital could look like if El Lissitzky's horizontal skyscrapers, the Palace of the Soviets by Boris Iofan and other utopian projects of the 20th century were built. A mobile construction moving along the panoramic window shows these buildings exactly in the areas, where they were slated to be erected," the museum press service told Sputnik.

© Photo : Nataliya Shorokh
Moscow City Museum
The project's architect, Agnia Sterligova, is known for her other creations, such as the exposition of the Russian pavilion "VDNH: Urban Phenomenon" at the 15th Venice Biennale and the "Roma Aeterna. Masterpieces of the Vatican Pinacotheca. Bellini, Raphael, Caravaggio" exhibition at the Moscow State Tretyakov Gallery.
© Photo : Anna Toditch
Moscow City Museum

Baikonur Cosmodrome Museum: The History of the First Earth Spaceport