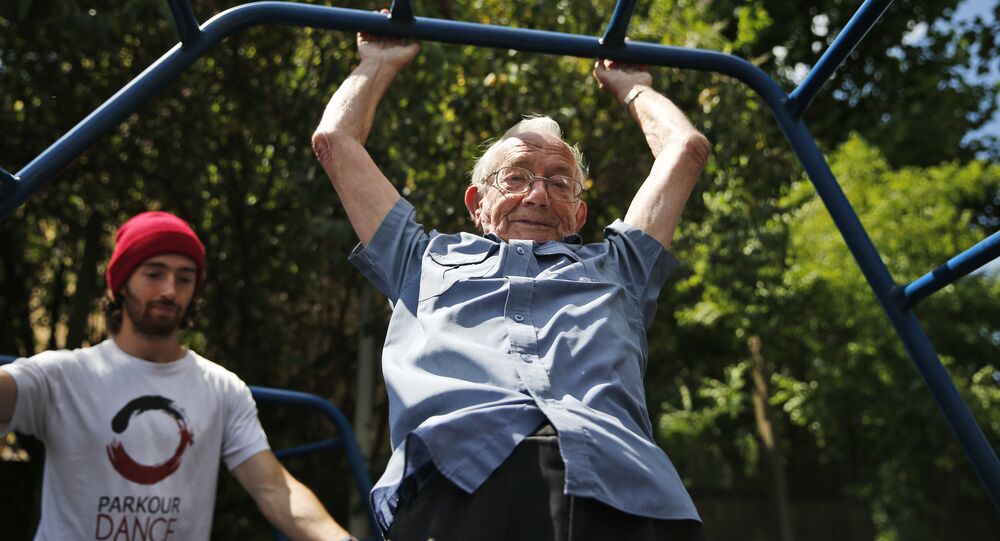 Life expectancy in humans has risen dramatically throughout the 20th century, fuelling a never-ending debate regarding the maximum potential lifespan.

© Photo : Pixabay
Swedish Recipe for Happiness: Get Old, Idle and Rich
Researchers disagree on if a maximum age exists, given the range of contradictory prognoses. Last autumn, US researchers claimed in the journal Nature that the limit for humans' life expectancy is about 115 years, immediately sparking an ongoing controversy.

According to Holger Rootzén, a professor of mathematical statistics at Chalmers and Gothenburg University, the American researchers calculated wrong. The real maximum age might actually be somewhat higher.

"They have not quite understood the fact that a record depends on how many times you have a go at it," Holger Rootzén told Swedish Radio.

According to Rootzén, the more people aged 110 and over are registered over a certain period of time, the higher the likelihood becomes that the maximum age will rise.

© AFP 2020 / OLIVIER MORIN
Live Long and Prosper: Swedes Might Work Until 75 to Support Migration
Another factor is that statistics differ greatly from year to year and from country to country. Statistics for extremely old people must be checked specifically, because hidden errors abound.

"One can become mixed up with an elder sibling, or one may have wanted to skip military draft and reported another age," Holger Rootzén reported.

"There is a great chance that many things will change. A cure for aging may be found. Even if nothing changes, it's likely that in the next 25 years we'll see a person who lives to become 119 years old, but rather unbelievable to see someone living over 128 years," Holger Rootzén said.

© Flickr / Old Swedish men
No Rest for the Bored: Elderly Swedes Continue Working After Retirement
While there are tens of thousands of centenarians living at present, only 43 people in recorded history have indisputably reached the age of 115. There has only been one known case of a person breaking the 120-year barrier, Jeanne Calment from France, who lived to the age of 122 years, 164 days.

Wishing that a person live to reach his or her 100th birthday is an important blessing, common across the globe. In many countries, including Sweden and Poland, the traditional birthday song specifically includes a wish that the birthday boy, girl or grandparent reach 100 years of age. In Judaism, though, "May you live to be 120 years old" is a common blessing.