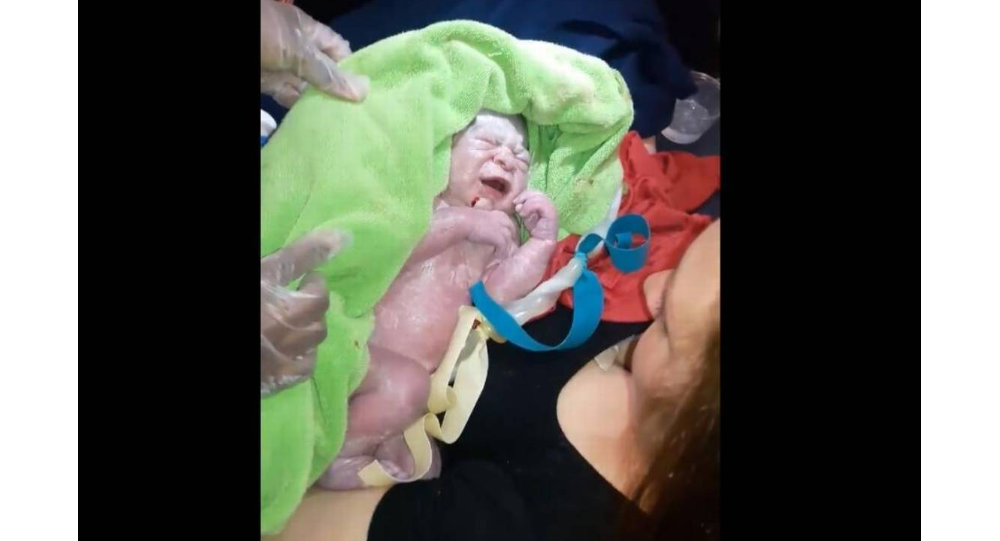 A baby born in the air has been given plenty of reasons to return to the skies, after the airline announced free flights for life for the little one.

One hour after takeoff, a pregnant woman onboard Spirit Airlines flight 971, en route from Fort Lauderdale, Florida to Dallas, Texas, went into labor, soon delivering a healthy baby boy who has been given free flights for himself and a companion on his birthday for the rest of his life — or as long as the cut-rate airline stays in business.

Founded in 1992, Spirit Airlines has a history of quickly capitalizing on timely events — including a Tiger Woods advertising campaign that followed his first highly publicized car wreck — and this event was just too good for corporate to pass up.

The woman, who was 36 weeks pregnant and flying with her two other children, stated that, "within 10, 15 minutes of takeoff I felt like something was not fine.''

About 30 minutes later the woman realized that she was going to require medical assistance. An onboard call was made that resulted in two passengers — one a pediatrician and one a nurse — stepping in to assist with the successful delivery.

"A baby being born during a flight is very rare, but our flight attendants are trained to handle medical emergencies in flight and they have access to doctors on the ground via in-flight communication," a Spirit spokesperson said.

Representatives of the airline, after learning that the new mother was planning to take public transportation from the airport, sprung for a rental car and showered the baby with gifts.