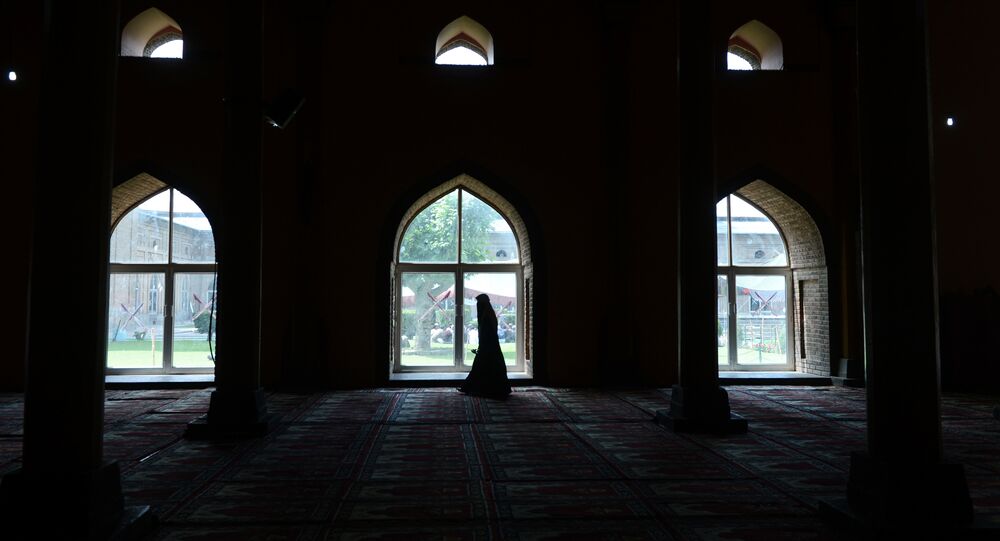 On Monday, Muslims across China and the rest of the world celebrated the Eid al-Fitr, which marks the end of the Islamic holy month of Ramadan.

In the morning, hundreds of Muslims worshipped at Huxi mosque in Shanghai. The mosque was unable to accommodate all the faithful, so many laid mats on the street outside the building and prayed there instead. Police and security forces were stationed around the mosque to ensure celebrations went off in an orderly fashion. This year, half the streets around the mosque were closed off to make way for the local Muslim community and about half were left open for traffic.

In the past, people slaughtered and butchered sheep on the streets during Eid al-Fitr, but this year the celebrations have been more tightly regulated to make sure the surrounding neighborhoods and environment are not overly affected.

In Beijing, people flooded to Xicheng district's Niujie mosque, a landmark and the oldest mosque in the city, which was founded by an Arab scholar in 966 AD. After morning prayers, they went to the many halal shops and restaurants located nearby for a bite.

According to the Xinhua News Agency, China is home to around about 20 million Muslims of various ethnicities, as well as some foreign residents. The authorities have always made sure religious activities run smoothly according to relevant regulations.