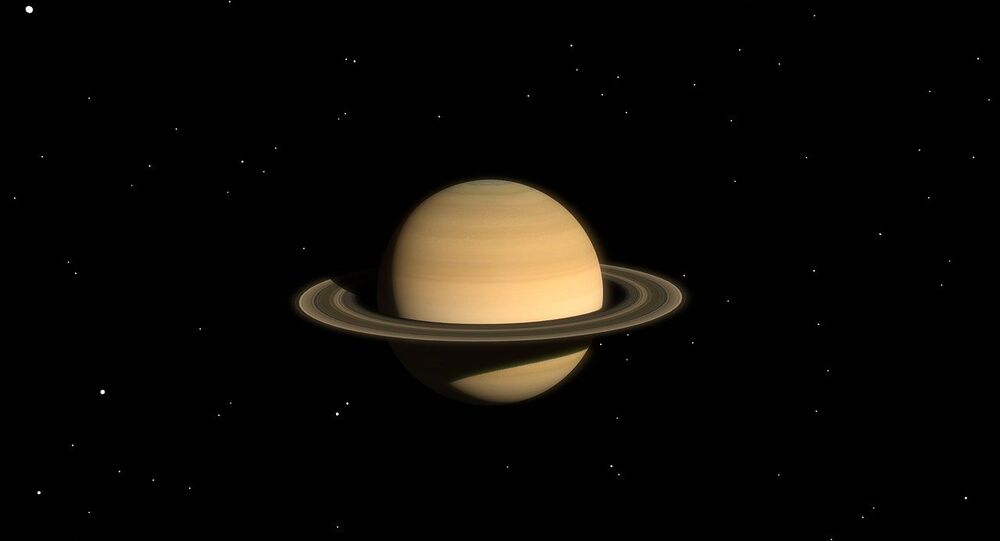 NASA's Cassini spacecraft captured a sunrise on Saturn, the moment the sun's rays just started to illuminate the rings of the giant planet and its clouds, according to NASA's official website.

The stunning view was captured at a distance of about one million kilometers (620,000 miles) from Saturn.

© NASA . JPL-Caltech/Space Science Institute
NASA's Cassini spacecraft peers toward a sliver of Saturn's sunlit atmosphere while the icy rings stretch across the foreground as a dark band

The pictures were made during one of the last spacecraft's trips through the rings of the planet on March 31, 2017, when the Cassini team started to prepare for the final stage of the spacecraft's work.

The images depict the planet at the moment when the Sun just begins to touch its surface and the upper edge of the rings. Such lighting, as NASA experts say, gives astronomers an opportunity to see the multi-layer structure of the planet's rings.

© AP Photo / NASA/JPL-Caltech
Cassini Spacecraft Dives Under Saturn's Rings for 1st Time in History - NASA
During this flight, Cassini is also supposed to receive new data about the atmosphere of Saturn as well as receive more detailed photos of the famous hurricane at the planet's south pole.

The Cassini space mission was launched in October 1997 and arrived at Saturn in July 2004. The mission has seen two extensions and is set to end on September 15, 2017. Its observations have generated hundreds of scientific articles.