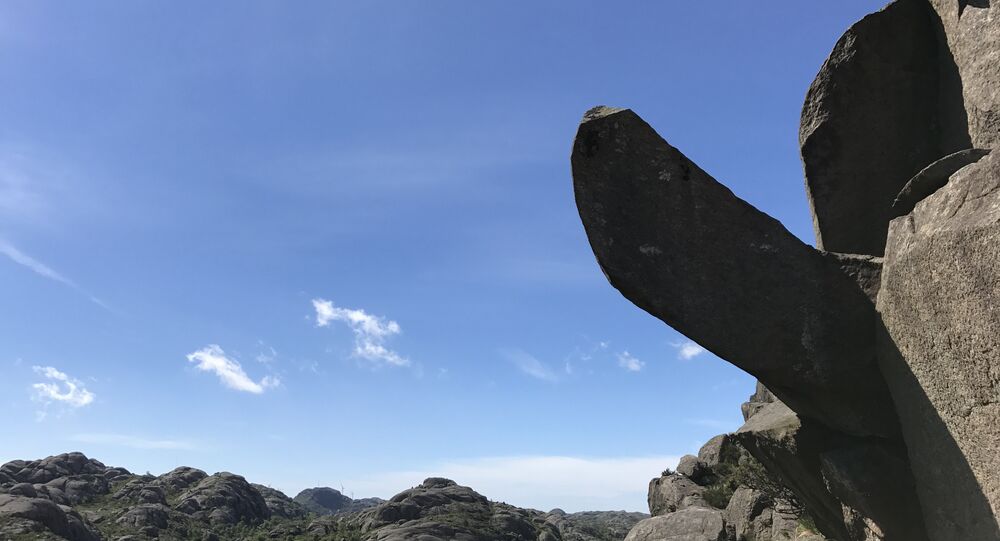 Nature-loving Norwegians have started a crowdfunding campaign to repair a scenic rock with a mildly obscene name (and similarly obscene shape), which was meant to become a popular tourist destination, yet suffered vandalism.

© Flickr / alexanderTIEDEMANN
A View to Die for: Thoughtless Selfie-Tourists Distress Norwegian Rescuers
The fanciful penis-shaped rock formation in Rogaland County was groomed to become a new natural tourist attraction, yet was knocked down in an apparent act of vandalism. The rock was locally known as Trollpikken (i.e., "Troll's Penis") and was destined to become an heir to the renowned selfie magnet of Trolltunga ("Troll's Tongue"), which is a picturesque cliff overhanging hundreds over meters above a lake.

During the weekend, hikers found the massive formation collapsed and lying on the ground at the base of the rock face from which it used to protrude in a suggestive way. A subsequent look showed traces of drilling on the geological formation, prompting local police into launching an inquiry into potential vandalism, Norwegian national broadcaster NRK reported. The unexpected downfall of the iconic rock only days after grabbing national headlines even fueled suspicions of a PR stunt.

Following the collapse of the would-be attraction, however, a local entrepreneur launched an online collection to put the pieces back together and restore the phallic rock's former glory. UNESCO geologist Pål Thjømøe ordered a contractor to provide an estimate for the "genital surgery."

© AFP 2021 / Carina Johansen / NTB Scanpix
Picture taken on June 24, 2017 shows the Trollpikken rock formation in Egersund, western Norway, after it has been vandalised.

"Should the landowner desire it, this is not a problem. We have secured blocks far greater than this," entrepreneur Sverre Garpestad told the local newspaper Dalane Tidende. According to him, the solution would be to drill bolts into the rock, then reel up the missing piece back into its place. "After all, nobody will be able to spot the difference," he promised, venturing that the rock might be back by fall.

© Photo : Sergey Ashmarin
Google Maps Error Sends Hundreds of Tourists to the Middle of Norwegian Nowhere
According to Pål Thjømøe, the racy rock would neither lose any of its symbolic value nor its tourist magnetism when restored.

"Just think of all the stories we can make around this. We should turn it into something positive," Pål Thjømøe said.

According to Kjetil Bentsen, the man behind the initiative to make Trollpikken into a tourist attraction, the feedback from disappointed tourists alone was so overwhelming that it gave the feeling that everyone would like to contribute.

In a few days' time, over a thousand donors responded to the appeal entitled "Troll's Penis Will Rise Again," exceeding the target sum of 200,000 NOK (roughly $24,000).

While the "Troll's Penis" is still limp, a number of other evocative rocks have been suggested as possible tourist attractions across Norway. One of them is an equally phallic, yet much less accessible rock situated on the island of Reinøya outside the polar town of Kirkenes.

According to knowledgeable Kirkenes residents, the rock is known as a sacrificial stone. It was believed that a sacrifice at the peculiar formation increased the chance of having a male child, which was crucial at times of strict fishing rights in the fjord. A phallic stone formation in Gosviktind, Finnmark county, was suggested as yet another successor to Trollpikken.