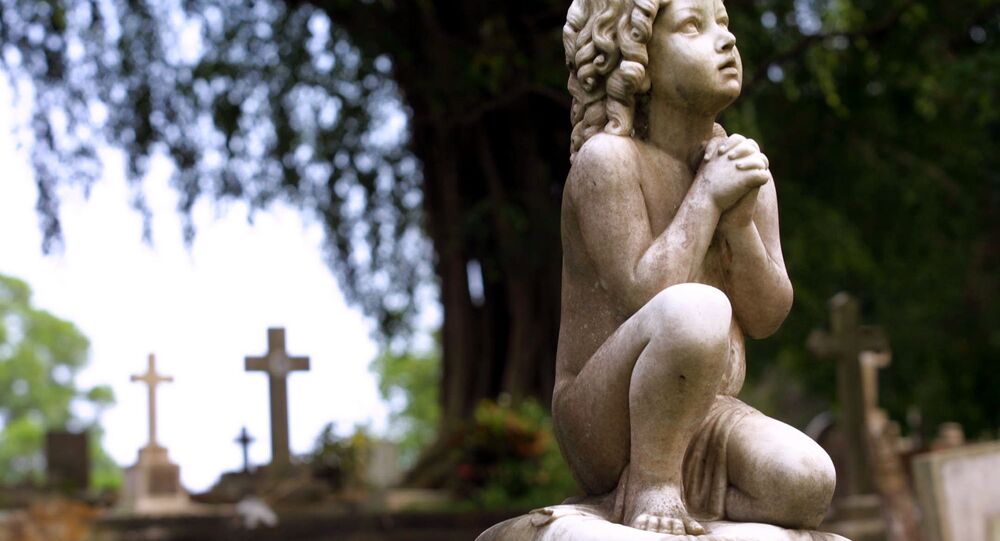 A 82-year-old California man endured what no parent deserves to go through: he buried his 57-year-old son. Only, it turned out it wasn’t his son at all, thanks to a tragic mistake made by the coroner.

© AFP 2021 / CARL DE SOUZA
Worker Pulls Wrong Plug, Costs British Airways More Than $100 Million
Frank J. Kerrigan is set to sue Orange County, in Southern California, after he had to bury a man he thought was his son.

Kerrigan was contacted by the coroner's office, which told him his son, Frank M. Kerrigan, had been found dead behind a Fountain Valley Verizon mobile phone store.  When the elder Kerrigan asked whether he should come to the office to identify the body, the coroner told him they had already identified the body by fingerprints.

"When somebody tells me my son is dead when they have fingerprints, I believe them," Kerrigan told the OC Register. "If he wasn't identified by fingerprints I would been there in heartbeat."

The family was unable to claim the body until an autopsy was performed. Kerrigan only managed to take a peek inside the coffin at the funeral.

"I took a little look and touched his hair," Kerrigan recalled. "I didn't know what my dead son was going to look like."

Statement from @OCSD about misidentification of Frank Kerrigan. Link to our exclusive story: https://t.co/868RMAkN8t pic.twitter.com/841XQS0T5v

​Kerrigan's son was mentally ill and lived on the street by his own choice. Nevertheless, around 50 people came to mourn his ostensible demise, coming from Las Vegas and even Ontario, Canada. One of the mourners reportedly travelled about 200 miles to pay his last respects at the funeral, which cost around $20,000. Frank's brother gave the eulogy.

"It was a beautiful ceremony," Kerrigan told the Register.

About a week later, the Kerrigans received a phone call from a friend, who was a pallbearer at the funeral.

© Photo : Pixabay
Merry Burial! Finns Put Fun Into Funerals With Catchy Tunes
According to Doug Easton, the family's attorney, officials had lied about the fingerprint match, and instead matched the body's face to a photograph of Kerrigan Jr.'s driver's license.

The family now says it will  sue the county, demanding around $2 million for emotional stress. The sum includes the $20,000 spent on the funeral.

The coroner failed to "follow proper protocols and precautions in the identification process" because Kerrigan was homeless, Easton told CNN by email. He said the actions "were so outrageous that they shock the conscience, which can constitute a tortious civil rights violation under federal law."

The Orange County Sheriff's Department has launched an investigation into the coroner's botched identification. The Department publicly admitted the error and vowed to review their identification procedures in order to prevent future mistakes like this one.

"The department extends regrets to the family of Frank M. Kerrigan, 57, for any emotional stress caused as a result of this unfortunate incident," the sheriff's department said in a statement.

In the meantime, the younger Kerrigan has returned to his life on the street, but he stays in contact with the family. His presumed death prompted the authorities to stop paying his disability payments, and the Kerrigans are working to restore them.

"We lived through our worst fear," Frank's sister, 56-year-old Carole Meikle, said. "He was dead on the sidewalk. We buried him. Those feelings don't go away."