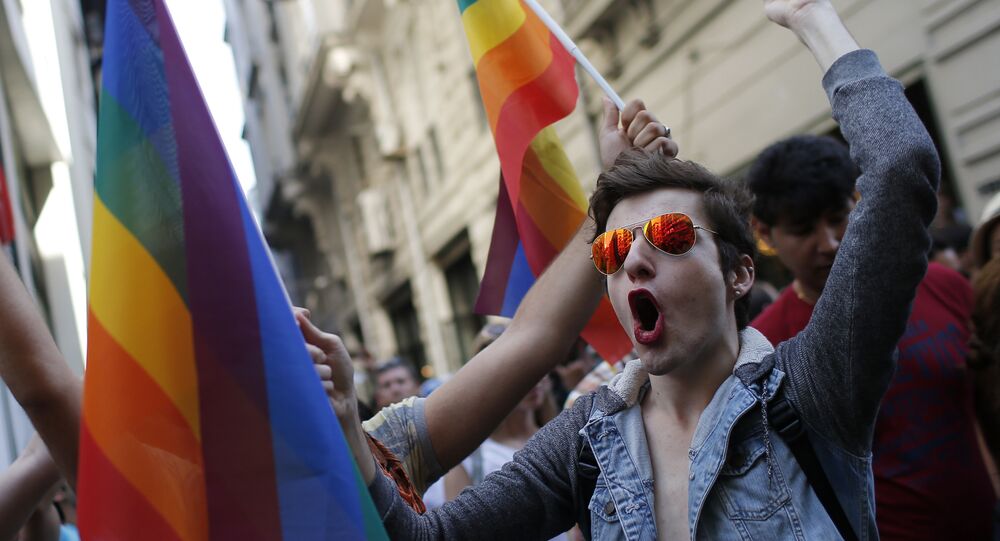 For the second year on a row, the fabled city of Istanbul, Turkey, has banned a celebratory parade in honor of gay pride, transgender rights and the legitimacy of sexual preference.

Istanbul's governor justified shutting down the parade by citing threats from ultra-nationalist and religious fundamentalist groups in the country, stating that he was ensuring the safety of the would-be marchers by eliminating the march entirely.

The planned parade, the largest such event in the Muslim world, is being shut down in an atmosphere of what many see as growing religious authoritarianism by the country's increasingly autocratic president, Reccip Tayyip Erdogan.

Organizers of the long-established parade observed that, by shutting down the march, city officials and the governor were legitimizing the violent rhetoric and hateful speech of those in opposition to basic human rights, and called for the decision to be reversed, according to the Jerusalem Post.

By placing a cultural emphasis on safety and lockstep order in Istanbul, the governor and his administration are effectively altering how the parade seeks to portray itself, according to the administrators of the celebratory event, who have vowed to march in spite of the ban.

Their response to the shutdown: "We are Marching, Get Used to It. We are Here, Not Going Away."

And banning pride celebrations won't make gay Istanbul go away, they pointed out. "We would like to once again underline that we are not in one place but everywhere in the city. We want to speak out, not one day but every day. We say once again: ‘Get used to it, we are here and are not going anywhere.'"

Prior to the rise of the increasingly strident nationalist rhetoric espoused by Erdogan and his administration, colorful and tolerant Istanbul had long been regarded as a safe haven for the gay and transgender community, and the parades have been correspondingly peaceful.

Rejecting the statement that they did not submit an appropriate application for the march, the committee said: "We would like to once again underline that we are not in one place but everywhere in the city. We want to speak out, not one day but every day. We say once again: ‘Get used to it, we are here and are not going anywhere.'"

A year ago, however, as Erdogan was consolidating power, police rushed the celebration with tear gas and water cannons, claiming legitimacy for their violence by citing a corresponding Muslim holiday

Homosexuality is legal in Turkey, as opposed to most of the rest of the Muslim world, although the practice is quietly tolerated and has deep historical and cultural precedent throughout the Middle East.

Erdogan and his religious fundamentalist AK Party over the past two years have quietly withdrawn even tacit support for the rights of minorities, gays and women, and have shown an eagerness to punish any form of dissent, particularly after the coup attempt last July, in which hundreds died. Tens of thousands have been detained since then on suspicion of supporting the coup-plotters.