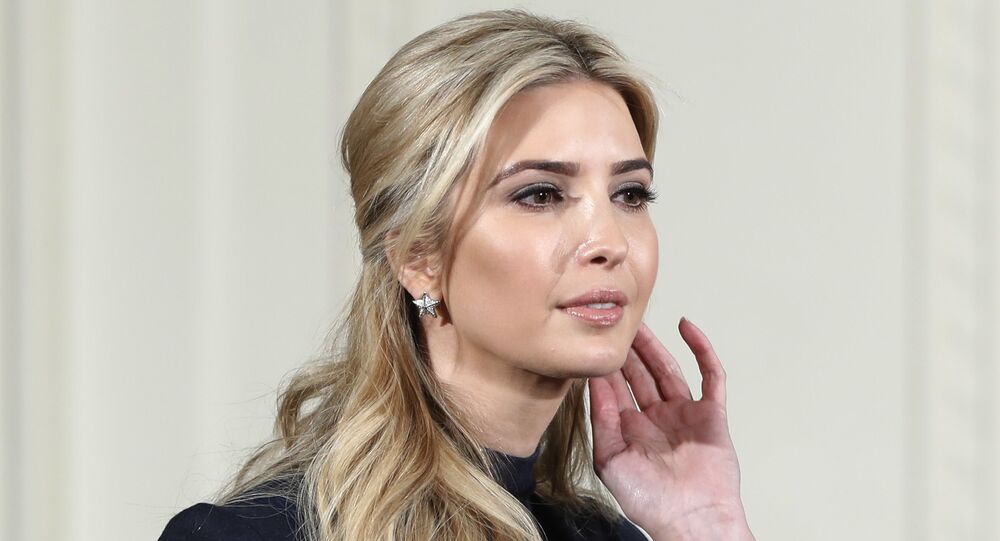 Ivanka Trump, the daughter of US President Donald Trump and an entrepreneur, is being accused of stealing a shoe design produced by her company IT Collection LLC. Trump has to testify in court over plagiarism claims in the next few months, Bloomberg reported.

Representatives of Aquazzura Italia SRL stated that Ivanka Trump allegedly copied the design of their shoes when creating her own collection.

The shoes produced by Aquazzura cost more than $780, while Ivanka's shoes are being sold for a much lower price — $150.

Ivanka reportedly tried to avoid the hearing, saying she's too busy as a "high-ranking government official," but the judge rejected her claims.

© AFP 2020 / Brendan Smialowski
Inside a Chinese Factory That Makes Ivanka Trump's Shoes (VIDEO)
She is obliged to attend the hearings until October 2017. The court allowed her to testify in Washington, and not in New York where the case is being examined.

Ivanka Trump who employs a number of factories in China for making shoes for her line has already been involved in a scandal related to her business.

The production of Ivanka's shoes in China has come under intense scrutiny given her father's promise to bring manufacturing jobs back to the US.

Recently, labor activists who investigated working conditions in a Chinese factory that makes shoes for Ivanka Trump's brand were reportedly arrested or went missing. They are allegedly being held by the police or the factory, without any possibility of access to them.