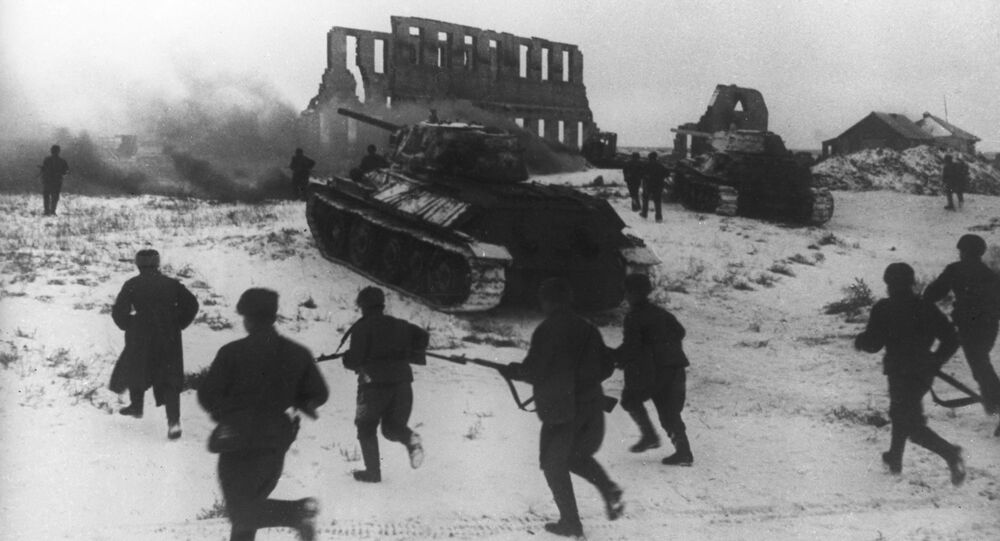 This is How the War Began: Three Stories of Female Veterans

On June 22, 1941, Nazi Germany declared war on the USSR. The 1941-1945 clash between these countries, which is known as the Great Patriotic War in most of the former Soviet Union, caught people unaware. Three Soviet veterans from Leningrad (St. Petersburg), Gorky (Nizhny Novgorod) and Moscow told Sputnik their blood-chilling stories about the war.

Today St. Petersburg is a vibrant, cosmopolitan city, but during the Great Patriotic War it was known as Leningrad, and it stood between the Nazi Wehrmacht and their ultimate goal: the capitulation of the Soviet Union and the extermination of the Russian people. When the war began in Leningrad, Tamara Romanovna Gracheva was just 12 years old. A year later she became an orphan, left without parents, food, water and electricity. Nowadays, the Great Patriotic War veteran offers lessons in courage and tells young people about the war.

"I want the youth to know what those 1,418 days of war and 900 days of blockade were like, so that they never allow this happen again," Tamara Romanovna said.

She received her medal for the implementation of special operations and the defense of Leningrad on April 26, 1943, when she was 13.

Nazi Germany's full-out assault on Leningrad began September 2. According to Tamara Romanova, volunteers lined up outside military enlistment offices in lines that stretched kilometers. Those men who were rejected for whatever reason and couldn't fight on the front organized a militia, while women and adolescents contributed to the defense of the city by logging, digging trenches and building defenses around Leningrad.

The blockade of Leningrad caught the city by surprise, and millions were trapped inside. At the outset, there was enough food and fuel, but numerous airstrikes in the beginning of September 1941 destroyed essential storage depots. The city's millions of unrelenting defenders began to starve. Their struggle was worsened by temperatures that dipped forty degrees below zero in the winter amid severe fuel shortages. The day-to-day lives of city residents became a struggle for survival.

"The city was in a stressful situation: endless bombing, no water or light… people were dying of starvation in the streets," Tamara Romanovna recalled. "I often had hallucinations then: I remember I was lying and I was terribly cold, despite the fact that I was wearing the warmest clothes, and I imagined warm sweet buns on a tray," the veteran added.

© RIA Novosti .
Leningrad's Nevsky Prospekt after shelling by German artillery
Leningrad was bombed constantly; as soon as the bombing ended, shelling began. Many teenagers were trained as cable fitters and jointers who were repairing telephone and toll cables in the streets, in public organizations and homes.

Rumors about the surrender of Leningrad were spread regularly. The whole city was in fear because of this — everyone understood what that meant. "Hitler had to wipe Leningrad off the map; it would allow his troops to move toward Moscow, but we could not allow this to happen," Tamara Romanovna said. The only thing that kept everyone going was their sincere belief in this victory.

In those days, 16-year-old Lida Petrova had just graduated from high school in Moscow. She was left on her own: her father was away serving in the army and her sister worked in a hospital.

According to Lidiya Georgievna Petrova, the home front worker, citizens experienced problems obtaining food and clothing. Muscovites were neither prepared for the war or to the harsh weather conditions.

"I didn't have warm winter shoes but I had ice skates. I had to tear off the blades to wear them like boots," the veteran said.

Young men, who did not leave during the evacuation, were called up to the front, despite the fact that they had not been trained to fight. "The boys were killed almost one after the other, and we often receive death notices. It was very hard to realize that your friends and acquaintances were being killed," Lydia Georgievna said.

After high school, she stayed in the city and entered a university to study during the daytime. After classes, she went to work in the evacuation hospital. "It was terribly hard when we spent the whole night in the hospital waiting for trains loaded with soldiers. We took care of the wounded: undressed them, removed and put on bandages, sometimes even carried out surgery," the woman recalled.

"When they brought the very first of the wounded soldiers, the scene was scary: small, skinny girls were trying to handle big men. Some of them had their legs amputated, others' bodies were ruptured, perforated with gunshot wounds," she added.

Gorky: War through the eyes of a child

When the bombing of Nizhny Novgorod, then named Gorky, had just begun, Irina Nikolaevna Teregova was just a five-year-old child. In spite of her young age, she still remembers what happened in her hometown at this time.

When the bombing was over, the Teregovy family returned to their room and saw complete devastation: the front door and the window were smashed by a shell and the pieces were scattered on the floor; the ceiling and the walls were destroyed. The family moved to live in barracks.

"The barracks constructed for the refugees was actually a dugout made from a mixture of clay, wooden planks, rods and sticks," Irina Nikolaevna explained.

"We learned about the military's activity from the shooting and screams from the street. We didn't have a radio or any other sources of information," the woman said. Her father, who worked at an arms factory, told the family about the current events and forecasts, infusing them with hope for the best.

For Irina Nikolaevna, the most difficult period of the war was during the bombing, when gunfire and explosions deafened and when she had to hide in the dugout next to the bodies of dead soldiers.

In wartime, Gorky was one of the largest manufacturers and suppliers of arms to the Red Army. The Germans planned to destroy the city's defense industry, including its many military and automotive plants.

In the period from autumn 1941 to summer 1943, Gorky was subjected to numerous aerial bombardments by German aircraft.

The Great Patriotic War: A Day of Grief and Remembrance in Russia

Day of Memory and Grief Observed in Moscow