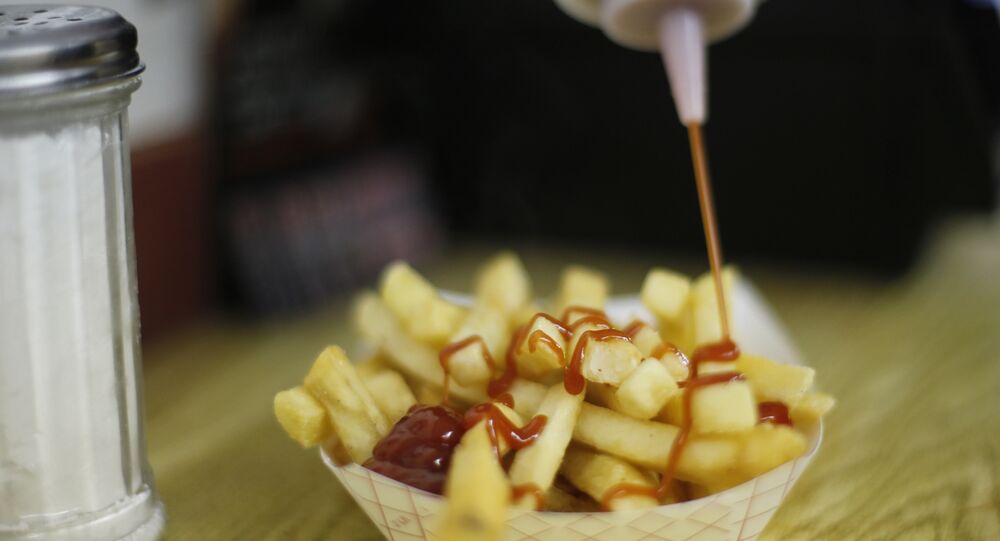 Maybe a Side Salad Instead? Eating French Fries Doubles Your Chances of Dying

An eight-year study on the regular consumption of nature’s most perfect food, the french fry, has some bad news for fast food junkies, as results indicate that too much of the humble fried potato will accelerate your demise.

Claiming that the risk of death from eating too many french fries is double that of those who do not frequent the yummy, salty, greasy snack, the new study indicates that potato lovers should prepare their favorite tuber another way, perhaps by (yawn) steaming or boiling.

© Sputnik
Borsch for Everyone! Russia Can Feed the World With Quality Homemade Food

Research published in the American Journal of Clinical Nutrition reveals that people who regularly eat the delicious treat twice or more in a week — as opposed to those who do not eat french fries at all — have twice the chance of suffering death by heart attack due to a circulatory system overloaded with cholesterol and other toxins.

As reported by International Business Times, the study showed that the average person in the US eats some 31 pounds of french fries annually.

The study included 4,440 participants between the ages of 45 and 79, who were examined over a period of eight years; 236 of those participants died. The research indicated that those who died were the ones who ate the most fried potatoes, and not just french fries either, as any form of potato seared in boiling hot oil — including hash browns and tater tots — was found to be a potential culprit for early mortality.

As if that warning were not enough, another frightening fact about french fries — and any food fried in golden bubbling boiling oil — is that the frying process itself forms a new and deadly chemical within your meal, according to the research.

Acrylamide forms in starchy foods fried at high temperatures, and is termed a carcinogen by US government health agencies. The dangerous chemical compound has been shown to cause tumors in adrenal glands, the thyroid and the lungs.