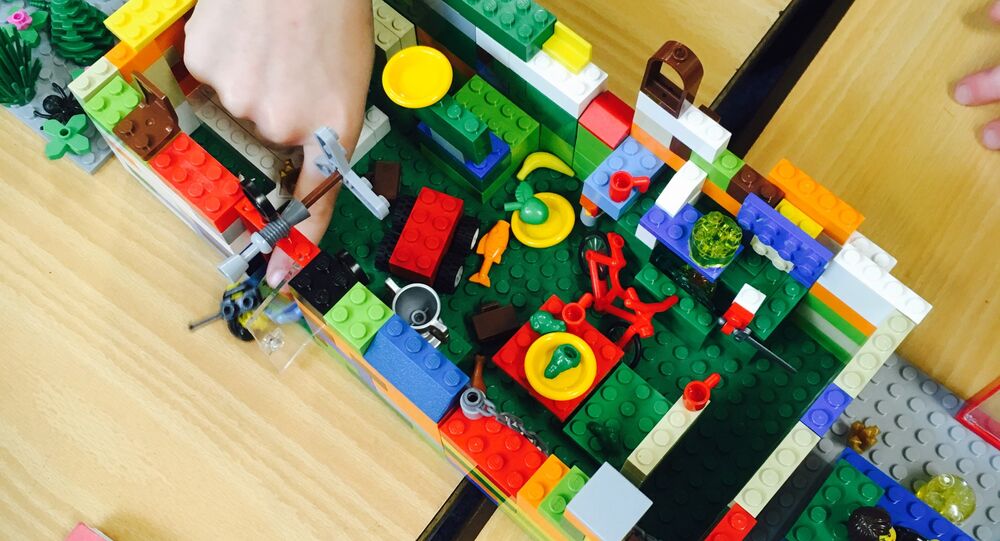 Cambridge University has appointed a new "professor of play," who will lead new research into the way children play. The appointment has been funded by a £4 million ($5mln) endowment from the Lego Foundation.

In 2015 the Lego Foundation — the charitable arm of the giant Danish toy corporation — came up with the cash to fund the Center for Research on Play in Education, Development and Learning (PEDAL) at Cambridge.

© Photo : Cambridge University
Center for Research on Play in Education, Development and Learning (PEDAL) at Cambridge
Now PEDAL has appointed Professor Paul Ramchandani, an expert in child development, to head up the department.

Professor Anna Vignoles from Cambridge University said Prof Ramchandani would take up his post in January, adding: "We already have a number of strands of research under way. Most of our focus is on pre-school play."

What do LEGO Model Builders & Le Mans Drivers have in common? Dedication, skills, & a lot of practice. #LEGOSpeedChampions @FordPerformance pic.twitter.com/xhLdG0GHYl

One of the studies they have begun involves using GPS technology to monitor how children play in the school playground.

"It enables us to observe movement and examine why children are clustering together. It is better than watching them because they will change what they do if there is an adult there observing them," Professor Vignoles told Sputnik.

For our #NationalAnthem today we're after a song to toast the first ever Lego Professor of Play at Cambridge Uni 🍸https://t.co/0uHRatZrKB pic.twitter.com/8bqNWyy7gq

She said there had been a great deal of research into children's education and how they do schoolwork but very little on how they play.

"We hope that the research we do will help identify ways by which intervention, in terms of play, can be used to help children from disadvantage backgrounds when they are struggling. Play is ubiquitous and we want to look at what play does for different children," Professor Vignoles said.

"People often think of it in terms of work or play but at primary school you often find that playful approaches to learning are the best," she said.

Lego has grown into one of the biggest brands in the world and its plastic toy bricks are popular with adults too. Earlier this year a YouTube channel posted a video of a flying fruit bat, made out of Lego bricks.

Lego manufactures 120 million bricks a day at its factory in Billund, Denmark.

But Professor Vignoles said that although they had received funding from Lego it was ethically sound.

"Lego has not decided what is going to be researched and the choice of Professor Ramchandani has been made by the university. People have asked us if Lego is used in the research and the answer is no," she told Sputnik.

"I am delighted to be… working… on the challenge of finding the best evidence on where play fits in children's development and education and how that can be used to give children the best start in life," Professor Ramchandani said in a press statement.

"Everyone has an opinion about what role play should have in early education and there is some wonderful research, but there are also big gaps in our knowledge."

Bo Stjerne Thomsen, from the Lego Foundation said: "There is a great need for establishing play as a central arena for learning and development in the minds and actions of those influencing children's lives."

In February Russian software developer Dmitry Sokolov launched a rival plastic brick, called Fanclastic, which he claims to be more advanced and more flexible than Lego.

'London's Bridge is Falling Down': Is LEGO the Answer?