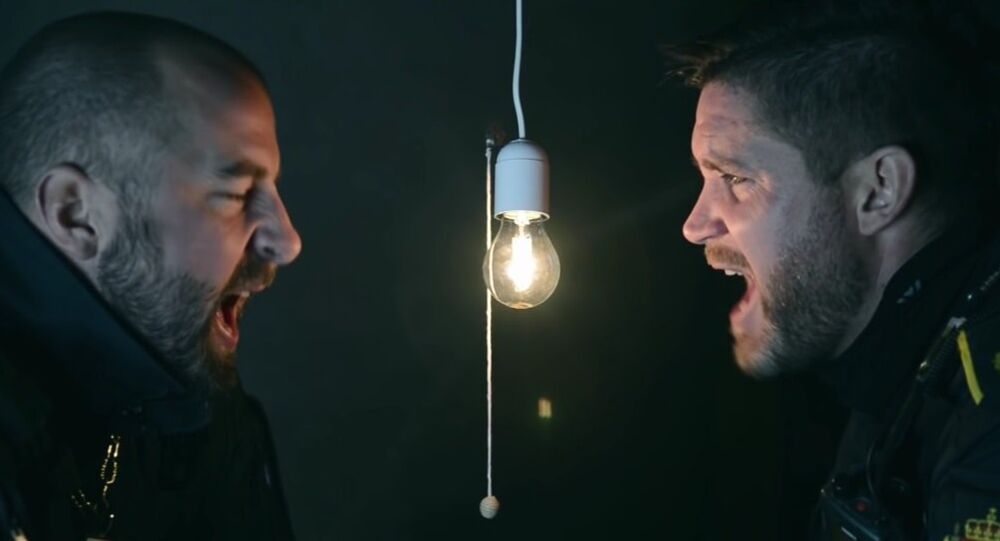 While police and organized crime are intended to be worlds apart in terms of imagery and methods used, the Norwegian Police obviously took the cue from gangsta rappers when it re-released its own quirky version of a cult rap video in protest against an unpopular reform.

© CC0 / Pixabay
Norway Mulls Policing Facebook With Uniformed Cops
Of late, Norwegian police have been boiling over the looming government reform intended to reduce the number of police stations and districts. In recent months, the so-called "Close Police Reform" has been slammed as ineffective and undermining security, not only by laymen but among cops themselves.

According to a survey by the University of Bergen, only 13 percent of police personnel supported the idea that the reform would make the police presence more visible, while only 19 percent suggested that it would contribute to more effective crime fighting, Norwegian news outlet ABC Nyheter reported.

In the town of Skien, Norwegian coppers chose a largely unusual method of expressing their dissatisfaction with the reform by making an eccentric cover version of rapper Coolio's cult song "Gangsta's Paradise."

The remake, made by Jonathan al-Saqqa and Keyvan Rad in their spare time, features such edgy scenes as police reform documents being buried in a coffin and naked shower scenes, as well as idiosyncratic lyrics, twisting the original narrative with police jargon and amusing "Norwegianisms" for a more comic effect.

© CC0
Got Talent: Spicy Ad Appears During Norwegian Prime Time TV Show
Despite the hilarious wrapping, the message of the video is pretty serious, culminating in the chorus. "Keep spending most of my life working in the Gangsta's Paradise // They've been spending most of their lives watching TV and Hotel Paradise," Norwegian police officers rapped, referring to a popular Norwegian reality TV show.

"There were even spicier scenes that we had to cut because it all became a bit much," Jonathan al-Saqqa told Norwegian national broadcaster NRK.

According to Commanding Officer Stefan Moldvær, who supplied the idea for the video, the police wanted to visualize a few aspects of the reform, yet "with a twinkle in our eyes."

"We want to point out that we can cope with change and that we are trying to create enthusiasm and positive feelings. We can laugh at ourselves, joke and have fun. I think it is good for people to see another side of the police," Stefan Moldvær said.

"As police district and police employees, we face particularly demanding reform, so we must accept that some of our staff choose to have a humorous take at it," Kristine Fossen said.

Since it was published on YouTube and NRK's Facebook page, the video has had hundreds of thousands of views.

Another instance of a Norwegian video gone viral is an ad for Norway's new banknotes, made by the Bank of Norway. The new 200-krone banknote, which sports maritime motives and cod imagery, was celebrated by a humorous video that features fishermen singing about the importance of fisheries for Norway's culture and economy, as well as a rap about the safety of the new banknotes against counterfeiting.