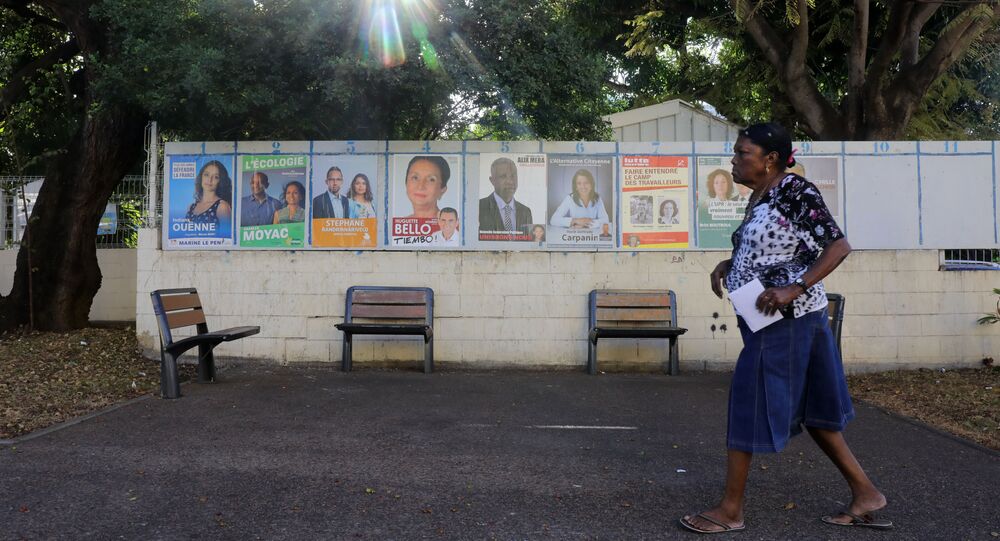 A mysterious magic ritual was held on the French island of Reunion on the eve of the first round of the parliamentary election.

© AP Photo / Claude Paris
Less Than 50% of French Come to Vote in 1st Legislative Election Round
Unidentified perpetrators arranged photographs of a candidate along with lemons, saffron and a number of other objects on banana leaves in front of a polling station in the Saint-Louis commune, according to the local news website Linfo.re.

The ritual was apparently carried out during the night from Saturday to Sunday as municipal employees discovered its traces early in the morning on June 11.

The media outlet did not specify, however, which candidate was depicted on the photos used during the ritual. It was also not immediately clear whether this apparent act of sorcery was aimed at boosting the candidate’s chances of success or if it was some kind of hex.

Local authorities point out however that this strange occurrence did not affect the voting process as the polling stations opened on time and without incident.

France held the first round of its parliamentary election Sunday, June 11. French citizens were electing 577 lawmakers to the country's National Assembly, the lower house of parliament, out of more than 7,800 candidates.

According to the country’s Ministry of Interior, French President Emmanuel Macron's Republic on the Move (La Republique En Marche, REM) party has won the first round of the election with 28.21 percent of votes.

French President Casts Ballot in First Round of Parliamentary Election