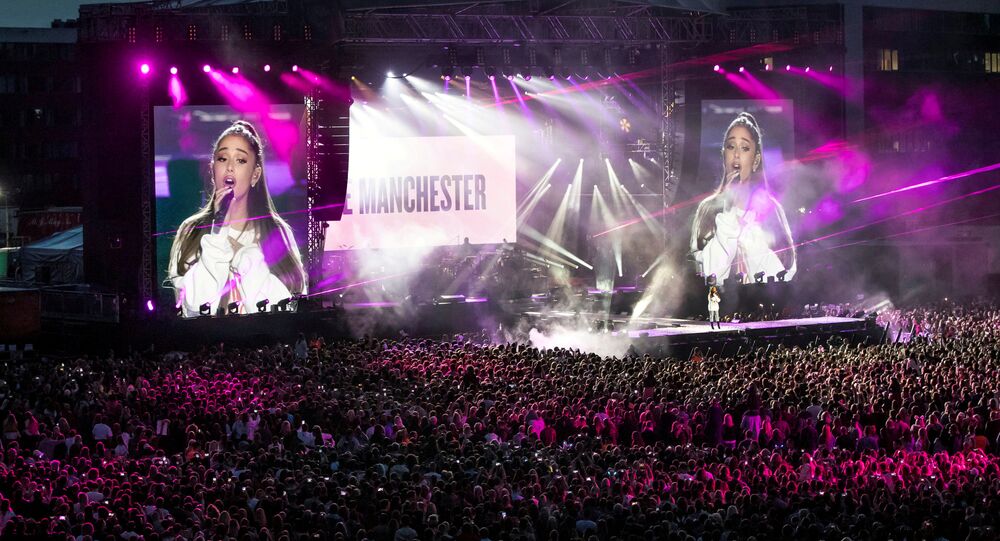 A heartwarming video of a policeman dancing with children at Ariana Grande’s charity concert in the memory of and to raise money for the victims of the Manchester terrorist attack set the Internet abuzz.

The police officer on duty decided to join in the event, so he held hands with children and danced as Justin Bieber performed on stage at the One Love Manchester concert.

Internet users saw the footage of the dancing policeman making kids happy at a difficult time as particularly touching.

Seeing this policeman dancing with those children, shows how amazing our police force really is #OneLoveManchester pic.twitter.com/ea0ozTvL04

The policeman 👮🏻 dancing with the kids! Never tell kids police will come for them if they misbehave they're there to help #OneLoveManchester

That police officer dancing in a circle with those kids is a legend. Really great to see. It's all very moving. #OneLoveManchester

​In a video released the next day by Durham Constabulary, Paul Taylor, the "dancing cop," revealed that two girls aged about seven-eight years old asked him whether they could have their photograph taken. "I was more than happy to do that, they then came back and asked if I'd dance with them," the policeman said in the video. He also added that the whole experience had been "amazing" and he "thoroughly enjoyed the day."

Taylor was one of 50 Durham police officers who were assisting Greater Manchester Police during the charity gig. Some of his colleagues also got involved and danced with the crowd as Coldplay played their set.

Times like this. You have to respect the police and emergency services. #OneLoveManchester pic.twitter.com/0AEBIfE70D

​Ariana Grande's crowdfunding concert which featured Miley Cyrus, Justin Bieber, Katy Perry, Pharrell Williams, Take That and Coldplay among others was held at the Emirates Old Trafford Cricket Ground on June 4. The event was attended by 50,000 people and raised over $5.1 million for the families of the victims of the May 22 terror attack, when the deadly blast occurred at the entrance to Manchester Arena at the end of American singer's concert, claiming the lives of at least 22, including 12 children, and injuring almost 120 others.