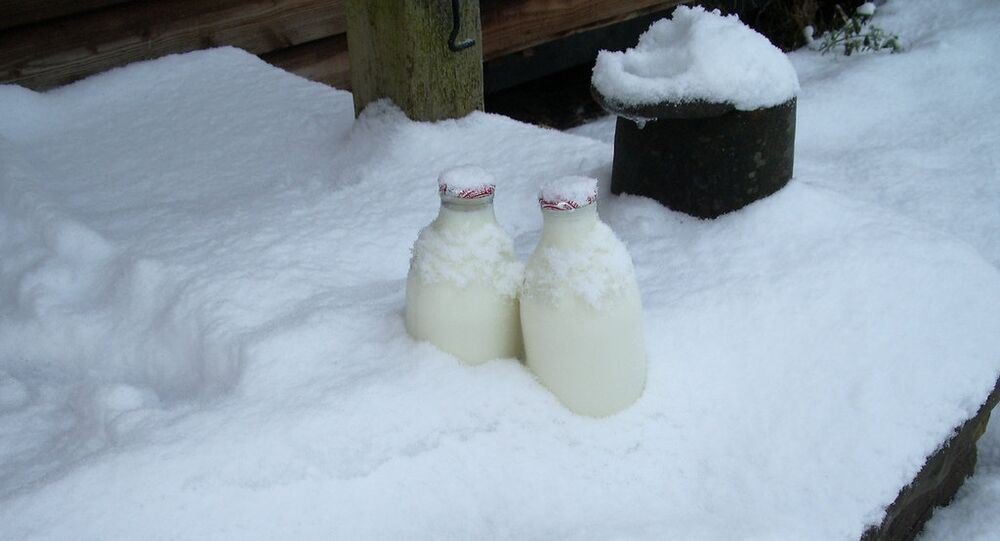 A Finnish nutritional therapist recently made headlines when she called her fellow Finns "genetic mutants." Nobody got offended, however, as this was actually meant as a compliment and was taken as such.

© Photo : Pixabay
Finnish Kids Drop the Dime on Drunk Moms and Dads During Easter Holiday
While Finns are most commonly associated with steamy saunas and biting winter cold, they are also the world's biggest consumers of milk. Finns' unquenchable, almost-abnormal thirst for milk was dubbed a 'genetic mutation,' but the Finno-Ugric ethnic group's thirst quirk was also credited with helping them survive.

During an event in Helsinki on World Milk Day, which was launched in 2001 by the UN's Food and Agriculture Organization (FAO), Finnish nutritional therapist Hanna Partanen commented on native Finns' exceptionally high level of milk consumption and ability to metabolize lactose, suggesting that their dietary habits had actually helped them endure and persevere in the extreme northern climate.

"Milk has been so important in our diet that the ones who have survived are those who were lactose-tolerant. We are actually genetic mutants," Hanna Partanen said, as quoted by the Finnish newspaper Helsingin Uutiset.

According to the journal Nature, "During the most recent ice age, milk was essentially a toxin to adults because — unlike children — they could not produce the lactase enzyme required to break down lactose, the main sugar in milk. But as farming started to replace hunting and gathering in the Middle East around 11,000 years ago, cattle herders learned how to reduce lactose in dairy products to tolerable levels by fermenting milk to make cheese or yogurt. Several thousand years later, a genetic mutation spread through Europe that gave people the ability to produce lactase — and drink milk — throughout their lives."

© CC0
Finns Find Steaming Hot Way to Fight Alzheimer's Disease
Finnish pottery fragments from 2,500 BC have been found to have traces of milk. Finns rank first in the world in terms of milk consumption, guzzling about 130 liters per year: 350 mL per person every day. Finns start drinking milk immediately after they're weaned and continue to do so throughout their lives, making dairy products part and parcel of Finnish food culture, cuisine and agriculture.

According to the Finnish Natural Resources Institute (LUKE), dairy farming is the largest agricultural sector in terms of turnover. Out of the total agricultural sales revenue of 2.2 billion euros, milk accounts for about 40 percent.

In addition to milk proper, Finns are avid consumers of other dairy drinks, such as sour milk and curd milk. On top of that, cheese, yogurt and ice cream are staples in Finland. Furthermore, milk and dairy products are found in such Finnish trademark specialties as lohikeitto (salmon soup) and juustoleipä ("cheese bread").

​Unsurprisingly, Finland is also a leader in devoting research, production and shelf-space to low-lactose or lactose-free variations of milk and many other dairy products. Vegans and other consumers with specific health needs or ideological agendas enjoy a variety of milk substitutes made of soybeans, oats, almonds, rice, hazelnuts and even buckwheat.