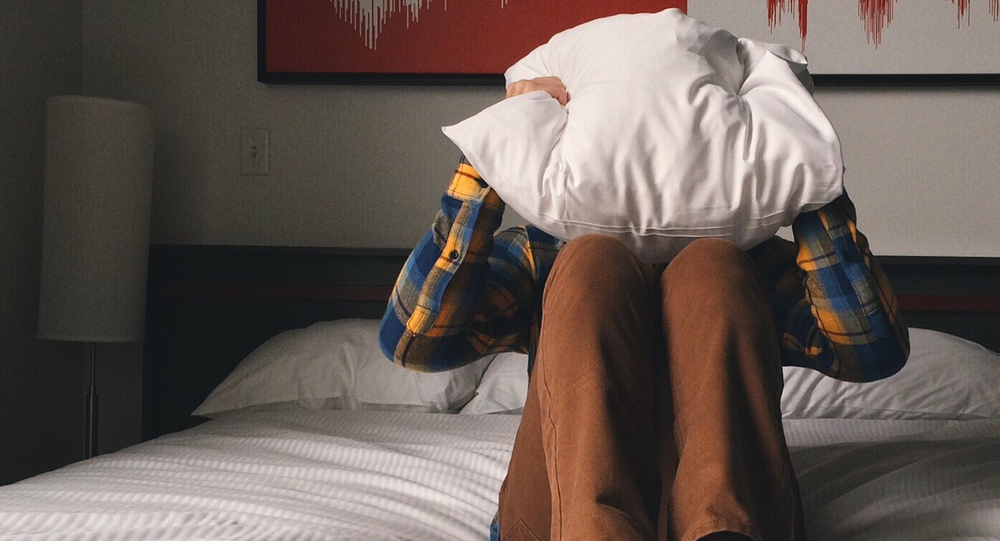 A store in Stockholm that had been selling hand-made cushions sporting swastikas has apologized and removed the unnerving articles from its assortment.

© AP Photo / Vadim Ghirda
Sweden Says Sorry for 'Roma Registry,' Recompenses Victims
By the shop owners' own admission, an authentic Asian fabric was used as a model for the hand-made cushions, but because there were many symbols on the pillow the swastika was easily overlooked. Nevertheless, the shop owners distanced themselves from Nazism and apologized for any inconvenience caused.

The swastika, which is still quite common in India, Japan and other parts of Asia due to its use by ancient religions, became one of the world's most hated symbols after the rise of Nazism in the mid-20th century. According to David Dunér, a professor of ideas and a researcher of cognitive semiotics at Lund University, it is not uncommon for Westerners to react negatively to seeing the swastika. According to him, though, the discussion about the swastika is typical of our time.

"We look at how symbols are used today, and today the interpretation of the swastika is dominated by its association with Nazism, not as an Indian sun symbol," David Dunér told SVT. The word 'swastika' is derived from Sanskrit and the symbol is associated with good fortune in Hinduism.

© AP Photo
New Documentary Sheds Light Upon Unrepentant Danish Nazi 'Rock Star'
However, symbols and their meaning tend to change over time, especially in a multicultural society, which Sweden has been attempting to build in recent decades.

"Symbols are based on habit, and they can also change. Because we have a multicultural society, we tend to interpret certain symbols in different ways. Not everyone interprets the swastika as a Nazi symbol, although I think it's the most common association we get," Dunér said.

In today's Sweden, a public display of the swastika may fall under the law against fomentation of ethnic hatred. In the 2000s, the EU's attempts to ban the swastika as part of a wider anti-racism law failed largely due vocal opposition from Hindu groups, who advocated that it had been around for several thousand years as a symbol of peace.

Although uncommon today, the swastika was not infrequent in Scandinavia. In Sweden, the swastika was long used as a logo for the ASEA electrical engineering company, which today is part of the Swedish-Swiss group ABB.

​The world-known Danish brewery Carlsberg Group used the swastika from the 19th century until the middle of the 1930s, when it was dropped to avoid Nazi overtones. The swastika is still seen carved on elephants at the gate of the company's headquarters in Copenhagen.