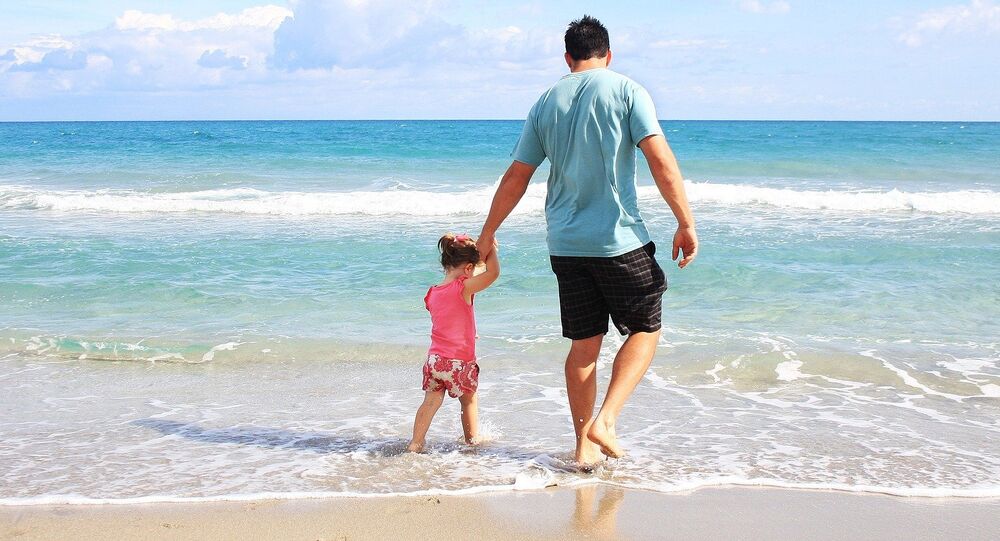 In news that may not shock many male siblings, a new study has found that fathers pay more attention to toddler daughters than sons. The US research highlights how subconscious gender bias could be influenced by different brain responses when men interact with male or female children.

It's a common accusation from children, that a parent has a favorite child. Well, while favoritism may be hard to prove, US researchers have found that there is a striking difference in how much attention fathers pay to their little girls, as opposed to their little boys.

The study, led by Emory University in Atlanta, Georgia, monitored 48 hours of interactions between families.

They found that toddler girls could expect to enjoy about 60% more time with their fathers, in comparison to the boys.

Fathers also spent five times as much time singing and discussing emotions openly with their daughters.

​Meanwhile, while sons spent less time with their fathers, they did receive more "achievement-related" language, including words such as "proud," "win" or "best."

The research examined whether these significant differences could be influenced by different brain responses to male or female children.

​However, the study couldn't determine definitely if the different brain responses measured meant fathers are hard wired through genetics or evolution to treat boys and girls differently, or if the fathers were conforming to gender expectations in society.

"If the child cries out or asks for dad, fathers of daughters responded to that more than did fathers of sons," said lead researcher Jennifer Mascaro, PhD, of Emory University.

"We should be aware of how unconscious notions of gender can play into the way we treat even very young children."

While many questions remain, there has been increasing commentary on gender bias in public discourse over the last five years, from the exclusion of women in entertainment to female experts being overlooked in the sciences.

However, Dr. Mascaro said that there should also be focus on helping young boys develop empathy and feel emotional support from an early age.

"The fact that fathers may actually be less attentive to the emotional needs of boys, perhaps despite their best intentions, is important to recognize."