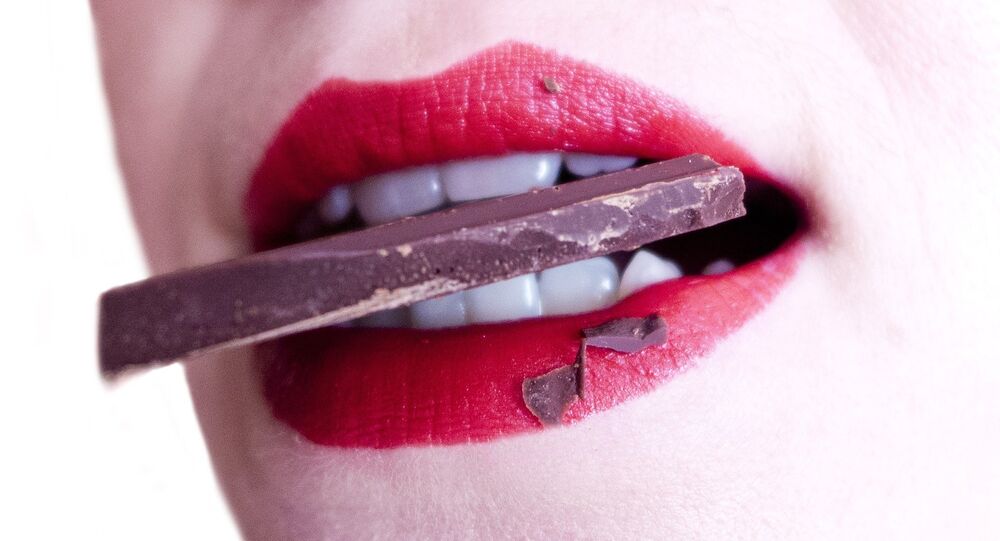 It tastes great, it lowers blood pressure, it helps you stay alert, it might lower cholesterol and sharpen your memory. And, if a new study from Danish researchers is to believed, regular consumption of it can help ward off heart failure, strokes, dementia and other health problems.

What is this wonder drug? A chocolate bar.

The far-reaching study looked at the chocolate-eating habits and heart health of 55,000 Danes. Specifically, they were looking at the rate of atrial fibrillation, when different parts of the heart beat at different rhythms. Atrial fibrillation affects 2-3 percent of people in developed countries and is linked to countless heart conditions.

© Photo : Pixabay
'Get on Your Bike': Cycling to Work Can Halve Cancer and Heart Disease Risk

"As part of a healthy diet, moderate intake of chocolate is a healthy snack choice," lead author Elizabeth Mostofsky told Reuters. Dark chocolate is best, as it has more of the beneficial cocoa and less milk, sugar and fat.

There was no proof that the chocolate eating led to the lower rate of atrial fibrillation, however. It may be a spurious relationship, where a correlation between two phenomena is taken to mean that one has caused the other. For instance, per capita cheese consumption closely correlates with the number of people who are killed when they become tangled in their bedsheets, but that doesn't mean cheese-eating makes bed sheets more dangerous.

Assuming that your Hershey's bar is indeed a prophylactic against atrial fibrillation, it isn't clear what in chocolate causes this trend. Chocolate contains a poorly understood organic compound known as flavanol which may reduce tissue inflammation. This would prevent damage to heart tissue, the believed cause of atrial fibrillation.

The data also found that those who regularly ate chocolate had lower BMIs than those who ate it less. Experts do believe that to be a spurious relationship. "It's very likely — if I had to bet — that these people were more physically active," said Alice Lichtenstein, director and senior scientist at the Cardiovascular Nutrition Laboratory at Tufts University in Boston, who was not involved in the research.