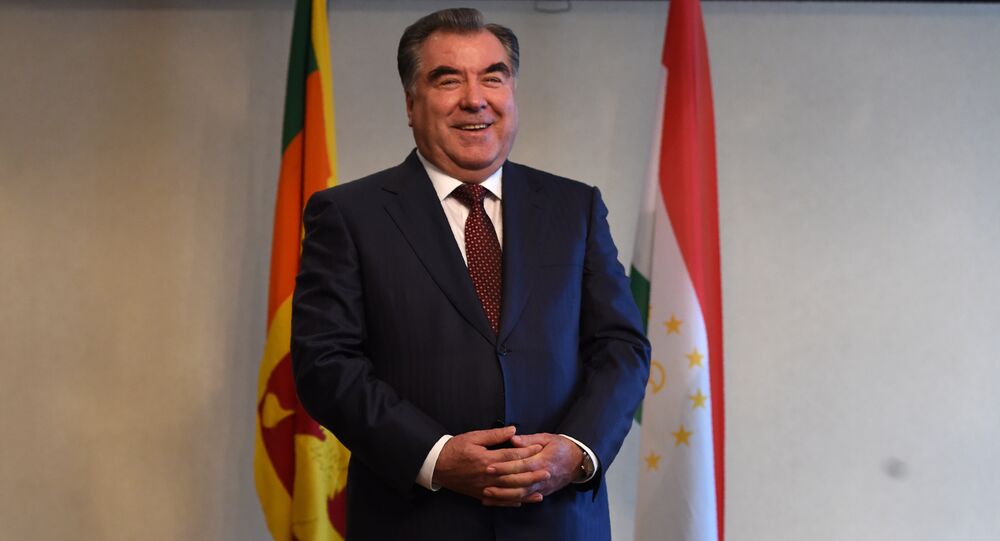 At a summit in the Saudi capital of Riyadh, Rahmon greeted the US president with an energetic handshake, pulling the American leader's hand toward himself.

As a result, there was an awkward moment that lasted seven seconds, the website wrote.

"The president of Tajikistan, Emomali Rahmon… was not taking any of Trump's tugging lightly. Rahmon yanked back, turning the already awkward shake into a 7-second game of tug-of-war," the media outlet wrote.

© AP Photo / Evan Vucci
'Handmade Politics': Donald Trump and His Famous Handshakes
Donald Trump is infamous for his special style of shaking hands. His "exceptional" handshakes, strong and abrupt, and sometimes awkward and unexpected, have been a favorite topic among journalists over the last few months.

For instance, his 18-second handshake with Japanese Prime Minister Shinzo Abe has been named one of the longest and most embarrassing handshakes in history.