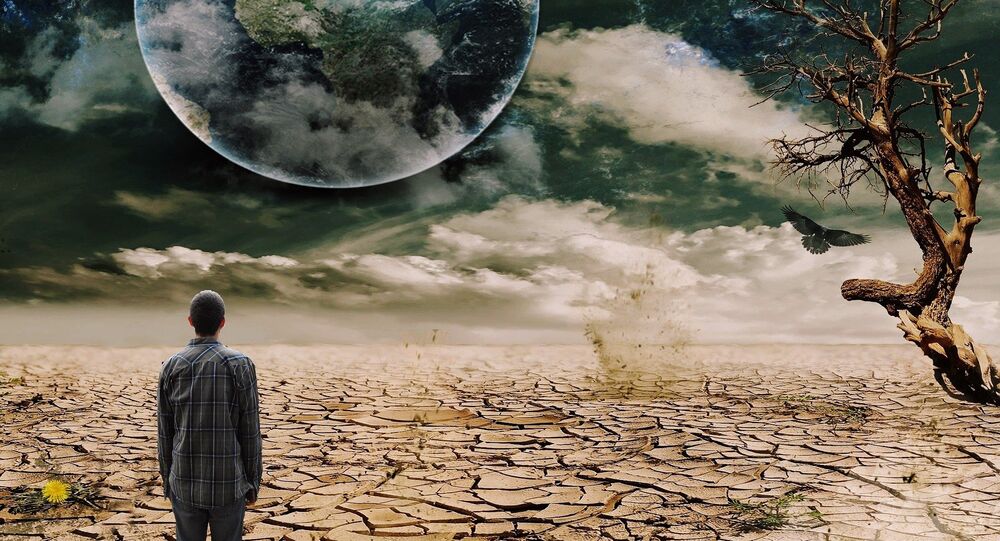 Professor Stephen Hawking has called on mankind to redouble its efforts to colonize other worlds, believing the Earth will become uninhabitable within the next 100 years. It is neither the first time Hawking has made such a prediction, nor the impending destruction of the world has been foretold.

Professor Hawking thinks that due to climate change, overdue asteroid strikes, epidemics and population growth, humans must find a new planet to populate within a single lifetime. Speaking at The Royal Society in London, he said he would elaborate on this view at Starmus IV, the June 18 science and music festival in Trondheim, Norway — and others would expound much the same view.

​"I strongly believe we should start seeking alternative planets for possible habitation. We are running out of space on earth and we need to break through technological limitations preventing us living elsewhere in the universe. I am not alone in this view," he said.

The legendary cosmologist cautioning of imminent apocalypse has almost become an annual tradition.

In 2015, Professor Hawking said humanity wouldn't last the next 1,000 years unless they found a way to leave Earth — a claim he repeated the next year. However, the 100 year timeline is by definition a greatly reduced timeline for the planet's expiry.

@ezraklein Makes me wonder if stephen hawking isn't being an alarmist w that 1000 yr deadline.

​The colonization of other planets, for decades a science fiction fantasy, is certainly gathering pace in the real world — ambitious space-exploration programs are currently under development in Russia and the US, although they will take at least half a century to yield functional results, and available technologies simply do not allow for traveling to and settling on other planets. It would take a truly groundbreaking space travel innovation to even reach potentially habitable exoplanets.

Stephen Hawking might be right when he stated we need to colonize another planet… soon to survive. http://t.co/ZEGfZXTeNY #US #Russia

​Nobel Laureate neuroscientist Edvard Moser, who will also attend the Starmus event, said Professor Hawking emphasized the need for science in society at a time when communicating science is more important than ever.

"I think what it comes down to is explaining how the data of climate change has been collected and how the scientific process works and how data is tested over and over again. I don't think there's a single sentence I could say that would change anyone's mind overnight, it's a long term thing. Climate change is something scientists have to fight against other types of evidence for a long time,  you shouldn't take for granted that science is perceived as the source of the right answer. You have to explain to the public how science works," he said.

Moser also lashed out at growing anti-science sentiment he felt was burgeoning the world over, although he singled out President Donald Trump, stating many people "don't take advice from science for granted anymore," particularly the "current President."

Since Trump took office in January, his administration has removed climate change policies and references from the White House website. Thousands of scientists also marched in protest at his policies.

Predictions of the end of the world are perhaps as old as mankind itself. The notion of future Armageddon is fundamental to many branches of Christianity, and most other major religions have something to say about when the end of the world will come — or so many of their adherents claim.

Religious believers and conspiracy theorists alike, fingered December 31, 2012 as a likely apocalypse date — although others believe 2017 is a more likely date for the beginning of End Times. After all, biblical prophecy allegedly states the process will begin 70 years after the return of Jews to Israel, and it was in 1947 that the modern state of Israel was created.

Still, many scientists have offered slightly more rational projections. The "Doomsday Argument," first outlined 1983, predicts there is a 95 percent chance humans will go extinct within 9120 years. According to current models, the Sun is expected to increase in luminosity by 10 percent in the next 800 million years, which will cause several climactic changes making the continued existence of life on Earth impossible, starting with photosynthetic organisms and eventually ending all life.

Moreover, at some point in the future, the galaxy Andromeda (currently 2.5 million light years away) is expected to collide and merge with the Milky Way. While unlikely to have much of an effect on whatever life is around — galaxies are mostly empty space — any planet caught up in the shunt could well be disrupted due to gravitational tugs from passing stars, which in turn could wipe out mankind.