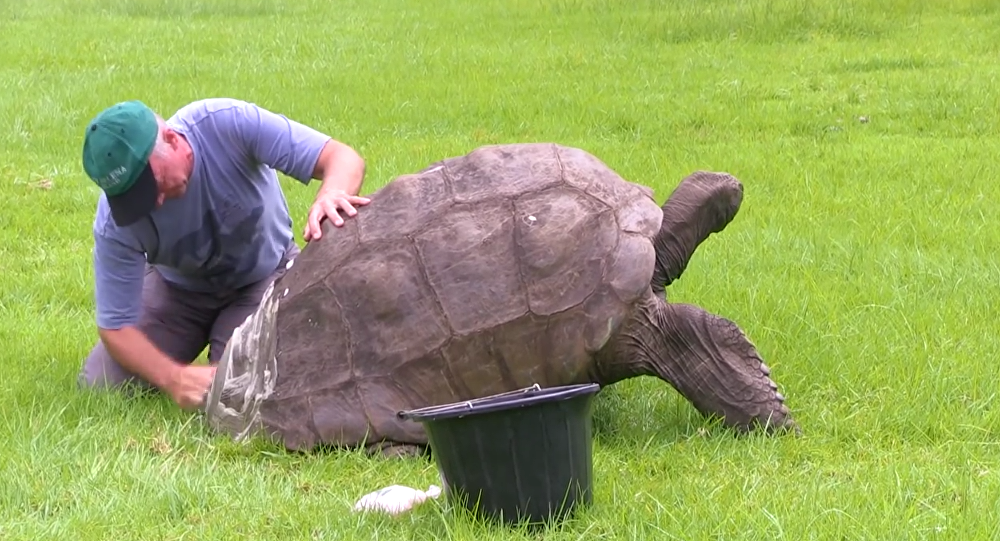 A senior Malaysian customs official says that a shipment of smuggled radiated and ploughshare tortoises worth $276,721 was intercepted at Kuala Lumpur International Airport on Sunday.

Deputy customs director Abdul Wahid Sulong said that all of the animals were found alive in the airport's cargo warehouse.

The agency explained in a statement, "Based on public tip-off, customs officials raided the cargo area of the airport and found five suspicious crates."

"It is a big haul. It could be for the local market or for re-export. We are investigating."

© Sputnik / Vitaliy Belousov
Dead Dove Do Not Eat: Man Arrested for Smuggling Asian Birds to US in Suitcase

"It had arrived at KLIA on an Etihad Airways flight from Antananarivo airport in Madagascar," the statement added, according to Channel News Asia.

The radiated tortoise, native to the island of Madagascar, has been pushed nearly to extinction due to the illegal pet industry and being hunted for meat, while the ploughshare tortoise, also native to Madagascar, is distinguishable by its golden shell and is the most endangered tortoise in the world due to poaching.

The five crates carrying the imperiled reptiles bore a false address and was labeled as stones. The tortoises are just one in a series of intercepted African animal contraband, as two weeks ago a shipment of pangolin scales worth $2.1 million were found and $3.1 million worth of rhino horn were intercepted a month ago as well.

"With the string of recent seizures of wildlife from Africa, Malaysian enforcement agencies are sending a strong warning to smugglers that they mean business," she said.

A special permit has to be obtained through the Malaysia's Wildlife Department to import exotic tortoises, and under Malaysian law people found guilty of illegally importing endangered animals can face up to three years in jail, though no arrests have been made related to this incident.

‘No Feelings, No Compassion’: Canadian Serial Rapist to be Deported to Malaysia