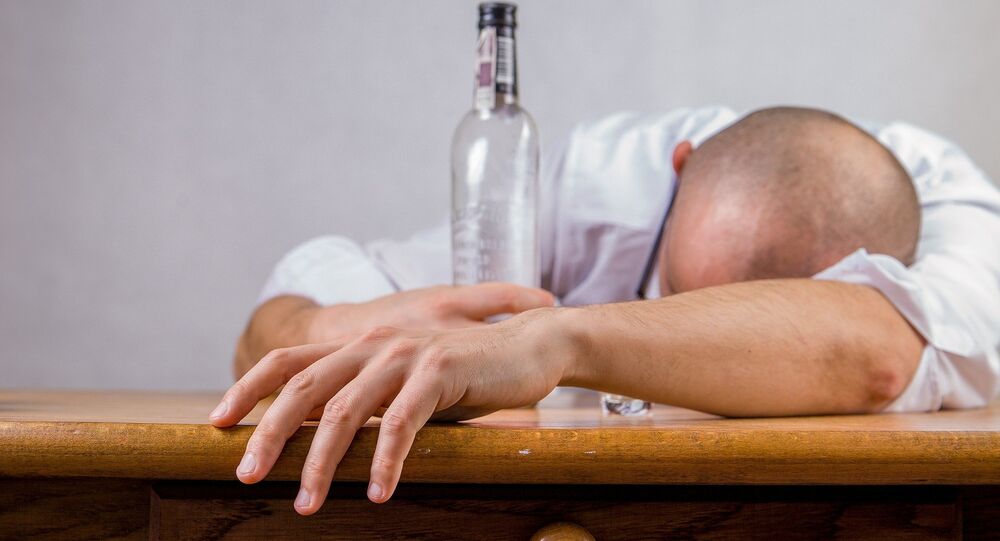 The experiment, conducted by researchers with INSEAD Sorbonne University in Paris and soon to be published in the Journal of Consumer Psychology, brought in 154 young men and presented them with three separately labeled drinks: "Vodka & Red Bull", "Fruit Juice Cocktail", and "Vodka Cocktail". The three beverages were exactly the same thing, a cocktail of fruit juice, Red Bull, and vodka. The only difference was the labeling.

But 51 percent of the young men who drank the cocktail that emphasized the presence of Red Bull reported stronger feelings of intoxication. They felt more confident approaching women and took more risks in gambling activities. The research also found that the effects were even stronger in the participants who strongly believed alcohol becomes more potent when mixed with energy drinks.

"Beliefs that people have about a product can be just as important as the ingredients of the product itself," says Pierre Chandon, director of the INSEAD Sorbonne Behavioral Lab and study co-author in a statement. "Regulations and codes of conduct should consider the psychological–and not just physiological–effects of products."

Energy drinks don't boost the potency of alcohol- they actually have the opposite effect. Caffeine is a stimulant and alcohol a depressant, so they counteract one another. A University of Victoria study found that this masking effect causes individuals to drink more than they normally would, which increases their risks of death and injury.

So where does the perception of Red Bull enhancing alcohol come from? Study lead Yann Cornil, an Assistant Professor of the Sauder School of Business at the University of British Columbia, lays it at the feet of Red Bull's famous slogan.

"Red Bull has long used the slogan "Red Bull gives you wings," but our study shows that this type of advertising can make people think it has intoxicating qualities when it doesn't," he said. "Essentially, when alcohol is mixed with an energy drink and people are aware of it, they feel like they're more intoxicated simply because the marketing says they should feel that way."

Red Bull was forced to drop the slogan in 2014 after a class action lawsuit where the plaintiffs successfully argued that Red Bull does not have any effects on concentration, physical ability, or reaction speed. It also doesn't cause you to sprout wings, but that wasn't part of the lawsuit.

"Given the psychological effects of energy-drink marketing, energy drink marketers should be banned from touting the disinhibiting effects of their ingredients."

There was an unexpected positive effect to the experiment: those who consumed the "Vodka & Red Bull" were slower to get behind the wheel of a vehicle because they believed themselves to be more drunk than they actually were, and thus were more hesitant to drive.

"The silver lining was that emphasizing the energy drink in the cocktail made the participants less likely to drive," said co-author Aradhna Krishna, a professor of Marketing at the University of Michigan's Ross School of Business. "It seems that drunk-driving education is working enough to make people think hard about driving when they are feeling drunk.