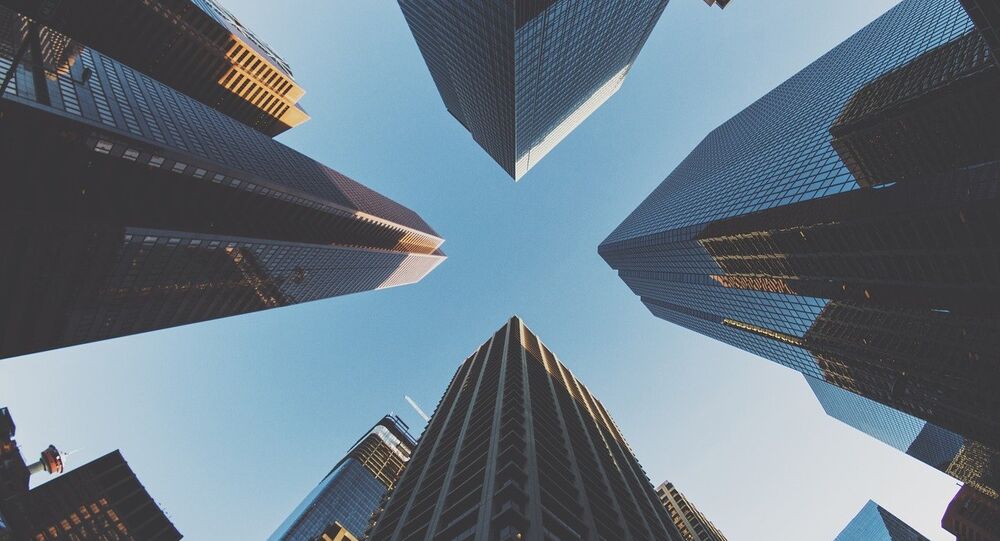 For decades, skyscrapers have evoked pride across the globe, being hailed as symbols of progress, growth and wealth. A surprising report by Norwegian researchers, however, showed that supertall buildings indicate a lack of democracy and may in fact warn of "authoritarian" tendencies.

© Photo : Sergey Ashmarin
Google Maps Error Sends Hundreds of Tourists to the Middle of Norwegian Nowhere
The report "Autocrats and Skyscrapers: Modern White Elephants in Dictatorships" compiled by researchers at the University of Oslo argues that the tendency to build skyscrapers is far greater in countries with authoritarian governance than in democracies. Together with fellow doctor Haakon Gjerløw at the department of political science, professor Carl Henrik Knutsen checked nearly 5,000 high-rises across the globe to arrive at this startling conclusion.

In Saudi Arabia, the Jeddah Tower, projected to become the world's first building to reach the one-kilometer mark, is now being built as a symbol of the kingdom's economic and cultural role in the world. While the building is expected to house numerous hotels, luxury apartments and fashionable offices, its profitability remains highly uncertain.

© Flickr / Andrés Nieto Porras
Norway Goes Sci-Fi, Plans to Bridge Fjords With Floating Tunnels
In the research, the term "white elephant" was frequently used to denote a skyscraper which is not entirely up to its goal. The term originates from Thailand as a metaphor for something expensive but useless. The kings of Siam used to give away white elephants to their opponents to ruin them.

Other popular examples cited in the research are the 330 meter high pyramid Ryugyong Hotel in Pyongyang, which is commonly called the "Hotel of Doom." Its construction started in 1987, but was put on ice in the 1990s, leaving its huge skeleton looming over the North Korean capital's skyline.

The Ryugyong Hotel is the tallest unoccupied building in the world. How crazy is that! https://t.co/tr1VIbrpfB pic.twitter.com/E7iJZ7ZSBa

​"Dictators are free to spend more money regardless of what most people think it should be used for," Haakon Gjerløw commented.

Further historic examples of unprecedented extravagance intended to display power and prosperity include a 2009 copy of the gilded and diamond-plated Shwedagon pagoda in Myanmar's new capital, or the Basilica of Our Lady of Peace in Côte d'Ivoire's capital city. The latter is seen as a slightly enlarged replica of the Basilica of Saint Peter in Vatican City and ranks as the world's largest church. Its construction in the 1980s led to the doubling of the African country's foreign debt.

While the US has for decades been the country most commonly associated with skyscrapers, with such hallmarks as the Flatiron Building and the Empire State Building, China has taken over in the number of completed or topped-out buildings higher than 150 meters and has twice as many than the US. The list of cities with the most high-rises includes Hong Kong, New York, Dubai and Tokyo.