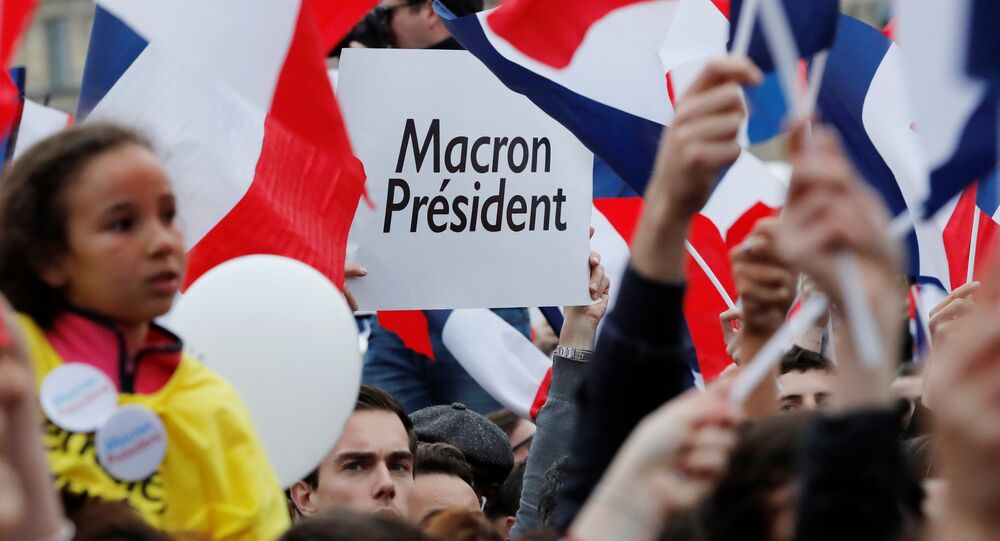 A young French activist suddenly became one of the most vividly discussed people among French social media users.

Everyone was eager to know "who is this guy in the baseball cap" standing behind the newly elected French president Emmanuel Macron when the latter was singing "Marseillaise" in front of the Louvre right after the preliminary results of the election were announced on Sunday.

But WHO is the guy in the baseball cap behind President Macron??? https://t.co/LLcMNXLhbI #macron #president #baseballcapman #mystery

​People watching the performance paid attention to a man in the baseball cap, who was standing on the stage directly behind the politician and singing the French anthem along with him.

​"The guy with cap": who is the mysterious man who stands behind Macron?

As French media found out, the man is Morgan Simon, a 31-year-old pizzeria owner from Nantes. He explained that he was on the stage as one of the activists of Macron's "En Marche!" party and took the place behind the politician because he saw that it was available.

The man added that he always wears a baseball cap and he didn't think about taking it off while singing the anthem.