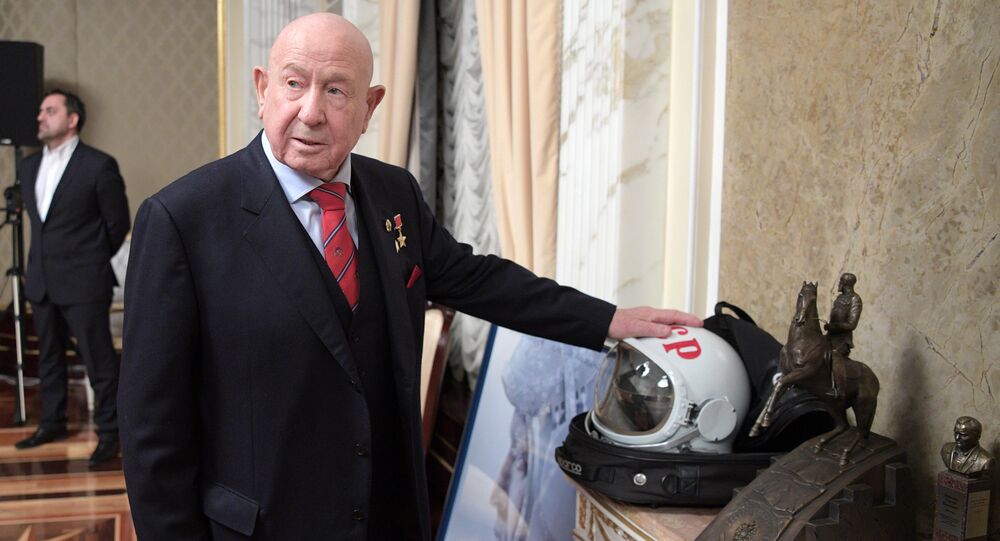 'Road to Nowhere': Retired Cosmonaut Reveals How It Feels to Walk in Space

In an interview with Latvia's Radio Baltkom, retired Russian cosmonaut Alexey Leonov, who became the first human to make a spacewalk, gave his thoughts on how he felt when going into outer space.

© AP Photo /
Yuri Gagarin: 10 Facts to Know About the First Man in Outer Space
Speaking to Latvia's Radio Baltkom, retired Soviet-era Russian cosmonaut Alexey Leonov admitted that he did not know what he would face in outer space when he became the first human being to perform a spacewalk, and that none of his relatives knew about the event beforehand.

On March 18, 1965, Leonov became the first human to venture outside a spacecraft, exiting the capsule during the Voskhod 2 mission for a 12-minute spacewalk.

"It was a road to nowhere. I knew nothing about it and no one in the world knew what I would meet there and what would happen to me," Leonov said, referring to his first spacewalk.

He added that he was curious rather than scary because he said "fear paralyses a person and if I yielded to panic I would never have carried out the spacewalk."

March 18, 1965: Soviet Alexey Leonov makes the 1st ever spacewalk (12 minutes) while on orbit on Voskhod 2. pic.twitter.com/XOQqk6Xf0P

"I had been preparing for the spacewalk in accordance with a special program for 30 months. My relatives did not even know that I would go into outer space; they only knew that I would make a flight on board a spaceship," Leonov said.

52 years ago #Today On March 18,1965 Alexei Leonov spends 12 minutes outside of his Voskhod spacecraft performing the first spacewalk. pic.twitter.com/1ODSYkMbyT

He recalled that at the time, all the cosmonauts were required to work in outer space, and that special attention was attached to the cosmonauts' physical and moral training.

Interestingly, he described humans as "very convenient creatures" who will continue to improve themselves in the future.

"Even in the distant future, people will look like us; I believe that they will be beautiful, slender, kind, intelligent and that they will certainly conquer space," Leonov said.