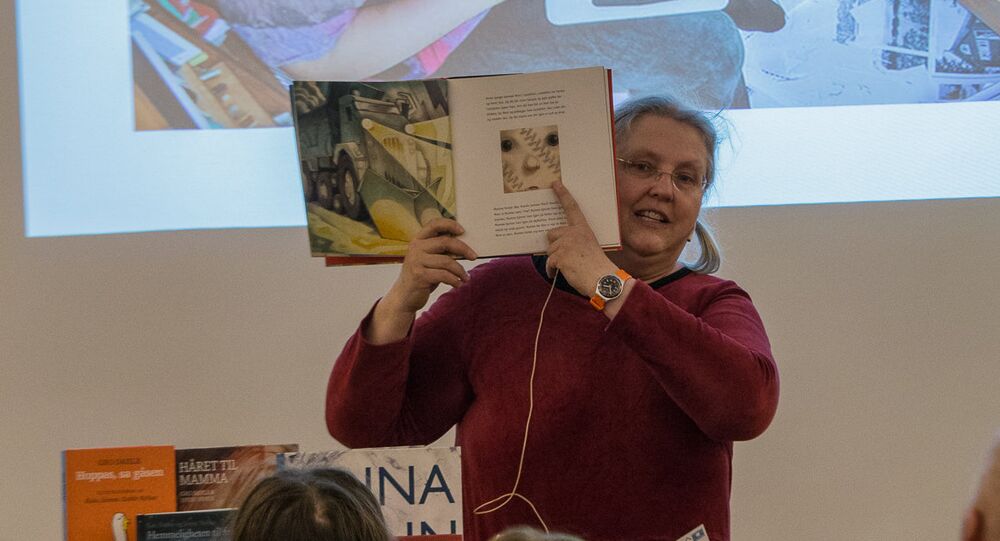 Children are curious. For a growing child, everything is exciting when seen for the first time, including sex. Acclaimed Norwegian writer Gro Dahle will satisfy their interest with a controversial book on such a delicate matter as pornography. Incidentally, she is writing this book together with her daughter.

Gro Dahle, who has over 60 book titles in her CV and is not averse to provocation, is now in the process of writing a contentious children's book on pornography in collaboration with her daughter Kaia Dahle Nyhus, who will provide colorful pictures, Norwegian national broadcaster NRK reported.

54-year-old Gro Dahle is known for her penchant for topics, which may be perceived as borderline provocative. In her previous works, she addressed issues such as domestic violence, incest and divorce. Now she has turned to pornography.

© Photo : Pixabay
Swedish Brochure Teaches Migrants How to Have Sex, Avoid Authorities
Gro Dahle's books are known for creating a stir. Her picture book "Angry Man" about a boy witnessing domestic violence was named as the best picture book of the year by many critics and was chosen as the best children's book by the Norwegian Culture Ministry. However, still many argue that her works are not really suitable for children, no matter how good they were.

Gro Dahle has a Master of Arts from the University of Oslo. She made her literary debut in 1987 and has since become a prolific poet and children's author. She is best known for her stylistically naïve and burlesque depictions of psychological problems from a child's point of view, made in collaboration with her husband Svein Nyhus and her daughter Kaia Dahle Nyhus. Dahle has also admitted to having Asperger's syndrome, which is a mild form of autism.