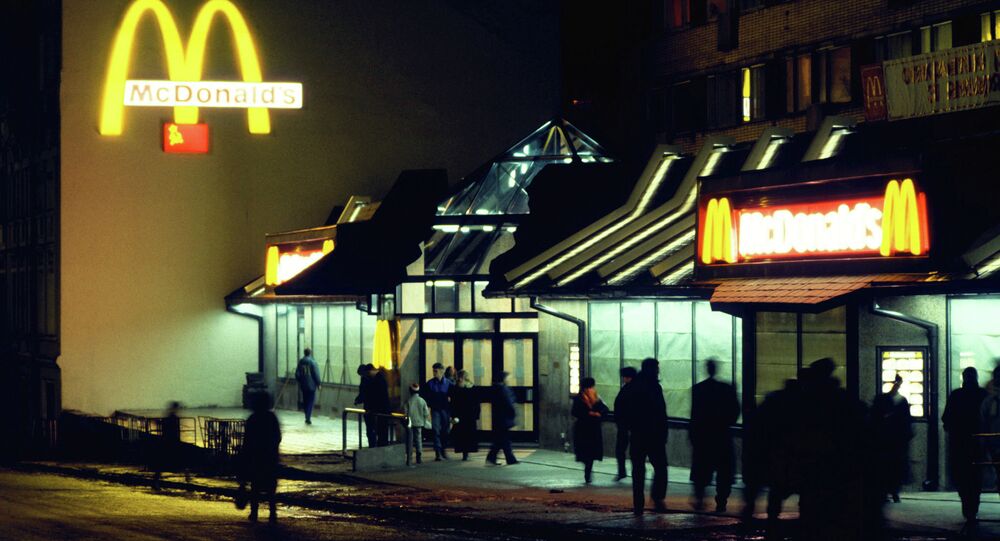 Swedish McDonalds has landed in hot water on social media after the hamburger giant's restaurant in the city of Södertälje in Greater Stockholm sent out leaflets in Arabic to households in the immigrant-heavy city.

In the city of Södertälje (population: 73,000), where more than one third of the residents aren't ethnic Swedes, the local McDonald's is mailing out leaflets in Arabic. Over the past weekend, Swedish journalist and Twitter user PeterSweden posted a photo of the Arabic-language mailer, tauntingly inquiring how he as a Swede is supposed to know when the coupons expire since the mailer is written in Arabic. His post quickly soared in popularity, gaining thousands of reactions across the globe.

McDonald's in the city of Södertälje in the country formerly known as Sweden. pic.twitter.com/TBIXPa98WF

Many Twitter users expressed concern that the beef served at McDonalds is halal, which was rejected by the hamburger chain. By contrast, Danish McDonalds ensured that all chicken meat was halal, since halal slaughter of poultry did not constitute animal cruelty according to Danish law. After receiving a heavy backlash, the McDonald's Sweden Twitter account claimed the instructions were also written in Swedish on the other side of the coupon mailer.

@matsf_82 It is an advertising mailing in an area with many new arrivals. There is Swedish on one side and Arabic on other side.

Remarkably, though, issues about Arabic in Södertälje rose as early as in 2012, when a 51-year-old woman named Stina complained how difficult it was for a non-Arab to compete in the city's labor market. In her opinion piece in the local newspaper Länstidningen, Stina maintained that mastering Arabic was the only way out.

"We were two Swedes and 25 people who did not know Swedish as well. The course was held mostly in Arabic," Stina wrote about a re-education course she had visited.

© AFP 2020 / JEAN-SEBASTIEN EVRARD
Sweden Resorts to Arabic Glossaries to Find Common Language With 'New Swedes'
While these incidents may indeed seem insignificant, they nevertheless bear symbolic value. In 2016, Arabic was predicted to overtake Finnish as Sweden's second largest language, and the Arabic-speaking diaspora is growing rapidly, as opposed to the ageing Finnish-speaking population.
Finnish has been the most commonly spoken non-Swedish mother tongue in the country for about a thousand years and is deeply rooted in Nordic history. Finland was part of Sweden for over 500 years, until Stockholm ceded its eastern domains to Russia as part of the peace deal that ended the Finnish War (1809). In 2012, an estimated 200,000 Swedish citizens spoke Finnish as a first language. In the same year, more than 155,000 people in Sweden spoke Arabic as a first language, a number which was expected to grow exponentially. Sweden subsequently took in over 200,000 asylum seekers in 2015 and 2016, the majority of whom came from Arabic-speaking nations.

Since 2013, Swedish Radio has had broadcasts in Arabic. In April 2017, Sweden arranged its first Arabic book fair, which featured about 20 publishers, thousands of book titles and internationally renowned Arab writers. Incidentally, the Arabic book fair was held in Malmö, which has been often hailed as Sweden's "most multicultural city." Up to half of Malmö's population isn't ethnically Swedish; the city's residents hail from 174 countries and speak over 150 languages.