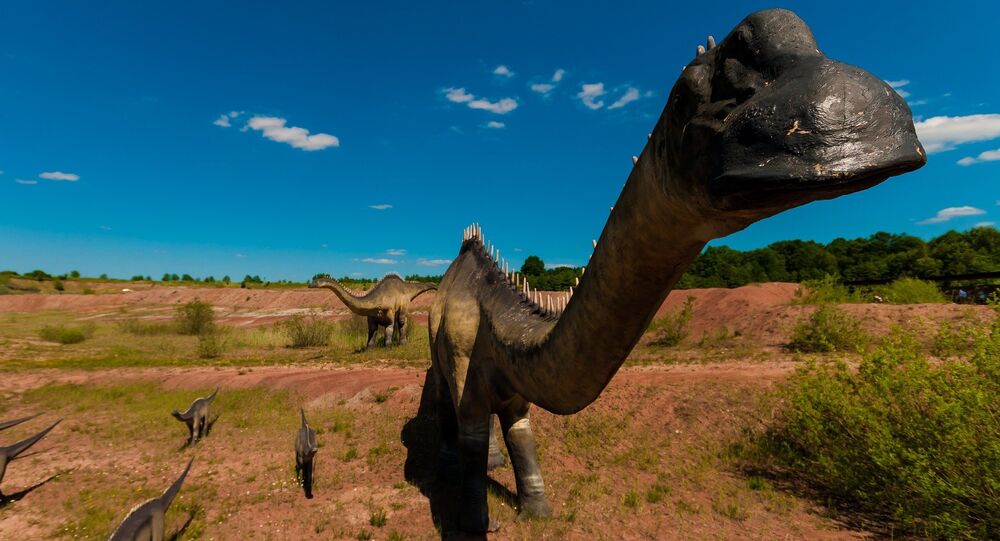 Paleontologists accidently found the remains of an unusual and previously unknown species of dinosaur in the National Museum of Natural History in Paris, France, according to an article published in PeerJ magazine.

The species, which weighed about 15 tons, lived in Europe about 160 million years ago and belongs to the group of herbivorous dinosaurs that ate all kinds of plants.

Why and how the species disappeared, remains unknown. However, the finding might help scientists understand the way brachiosaurs and their relatives from the group of titanosaurs had evolved.

© Photo : Youtube/Sputnik
World's Biggest Dinosaur Footprint Found in ‘Australia's Jurassic Park’
The species was named Vouivria damparisensis. Its remains were found back in 1934, but paleontologists believed that they were of an ordinary brachiosaurus and did not even take them out of the quarry walls, where they were found.

Only two years ago, French paleontologists came across pictures of the dinosaur's bones and were surprised to find out that it could be potentially the world's eldest titanosaur, having lived several million years before the appearance of brachiosaurs and "actual" titanosaurs.

The newly discovered species might finally fill in the evolutionary gap of both brachiosaurs and titanosaurs, scientists claim.