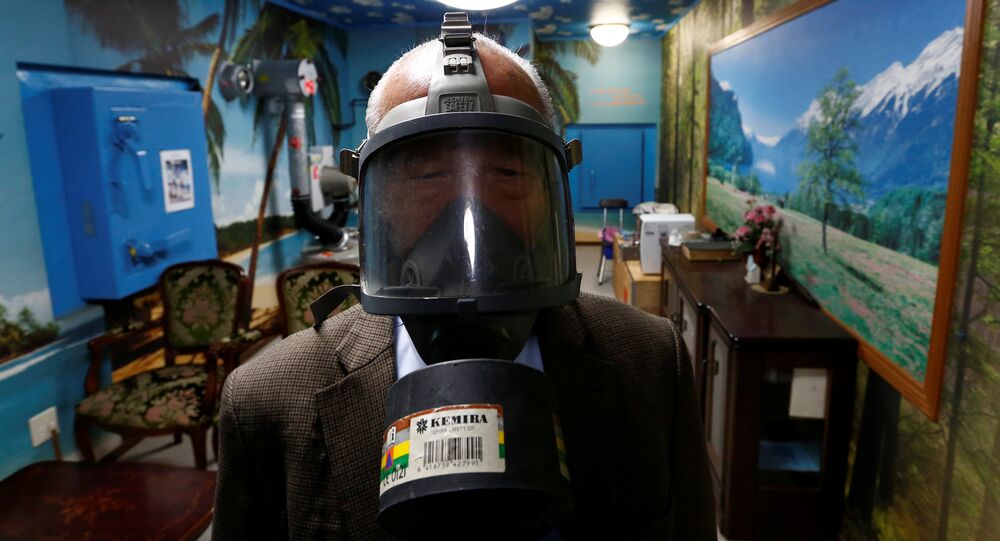 As tensions on the Korean Peninsula continue to escalate, the fear of possible North Korean missile attack Japanese citizens and companies scramble to secure their own fallout shelters.

While the situation in Korea continues to remain uncertain and the parties involved continue to trade harsh rhetoric, fallout shelters are becoming an incredibly sought-after commodity among Japanese companies and private individuals alike.

"Even though Japan is the only country to experience the horror of nuclear bombing in Hiroshima and Nagasaki, until now the Japanese have expressed little interest in building shelters at home or at their workplaces. For example, in Switzerland they have bomb shelters in movie theaters, at train stations, in schools and private residences. This (the situation in Japan) is an inexcusable carelessness," Nobuko Oribe, CEO of the Oribe Seiki Seisakusho fallout shelter construction company told RIA Novosti.

It should be noted that in 2016 Oribe’s company only managed to secure construction contracts for 3 corporate bunkers with a capacity of 100 people each and six 13-person private shelters. However, in April 2017 alone the company was contracted to build two corporate and six private bunkers.

"Now everyone is rushing to purchase bunkers out of concern for their relatives and employees. It is related to North Korea and this situation is scary indeed, but the construction of an underground shelter takes about four months to complete, and if an attack occurs in the near future these shelters won’t be ready by then," Oribe remarked.

© REUTERS / Kim Kyung-Hoon
The entrance of Shelter Co.'s nuclear shelter model room, which is placed in the basement of the company's CEO Seiichiro Nishimoto's house, is pictured in Osaka, Japan April 26, 2017

Those who need their own fallout shelter on short notice and seek a more affordable option than an underground hideaway are flocking to another company called Shelter Co.

"Our shelters can be set up right inside the apartment, in a bedroom. They take about half a day to install and they’re way cheaper than an underground bunker. The demand for them has drastically increased lately. I don’t recall anything like that happening during the entire 55-year history of our company," Shelter Co CEO Seiichiro Nishimoto said.

Originally Japanese people weren’t exactly in a hurry to get their own fallout shelters. However, as the US stepped up its bellicose rhetoric aimed at North Korea, it became increasingly apparent that South Korea and Japan will probably be the most likely targets of a North Korean retaliatory strike if the US decides to launch an attack on Pyongyang.

© REUTERS / Kim Kyung-Hoon
Seiichiro Nishimoto, CEO of Shelter Co., poses wearing a gas mask at a model room for the company's nuclear shelters in the basement of his house in Osaka, Japan April 26, 2017

"Previously we used to sell about 1-2 shelters a year. Now during April alone we sold 12 of them, and we’re currently processing about 500 orders," Nishimoto added.

The Japanese have been reluctant to commission personal fallout shelters due to their relatively steep cost as even the smallest of them, with a capacity of 13 people, costs about $230,000. However, it appears that as the situation on the Korean Peninsula continues to deteriorate, Japanese people are becoming acutely aware of the fact that the age of “strategic patience”, as US Vice President Mike Pence put it, may indeed be over.