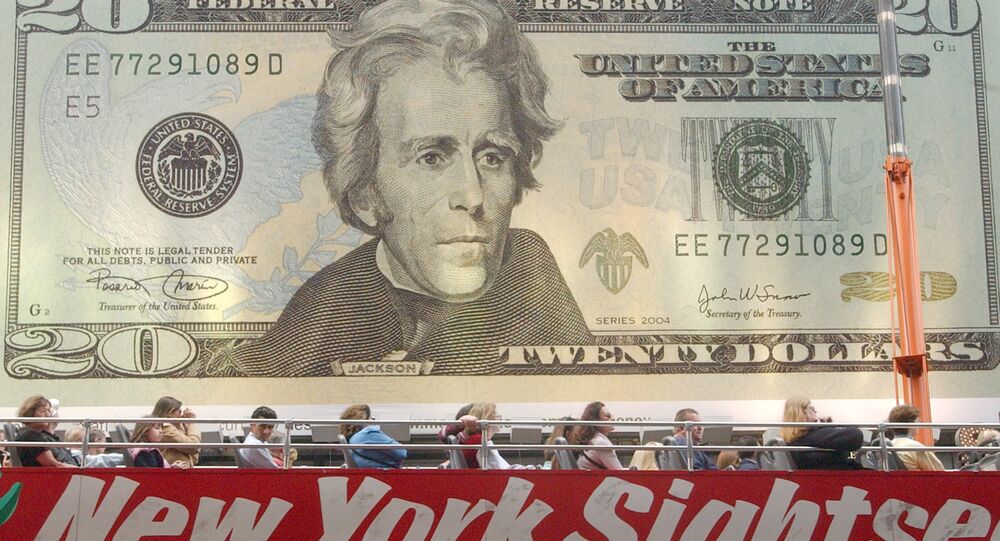 If it was prank, they didn’t find it funny: a dummy $20 bill showed up in the stack of cash retrieved by a customer from an automated teller machine on Monday.

When a Seattle woman stopped at a local Bank of America branch on Monday to collect some cash from an ATM, she noticed that one of the $20 bills was not right, and quickly entered the office to demand an explanation.

After a fair amount of confusion and backpedaling, the bank confirmed a day later that the bogus bill had indeed come from their ATM, and swapped the offended customer's fake Hamilton for the real deal.

The $20 bill, according to reports, showed US President Alexander Hamilton's face in a clearly distorted way, and even had the phrase ‘Motion Picture Use Only' stamped on both sides, according to local TV channel KOMO.

A Bank of America spokesperson confirmed that safeguards exist to prevent the dissemination of counterfeit cash in their ATMs but would not go into detail about what those safeguards are, as that is proprietary information. The spokesperson affirmed that the appropriate federal agencies had been informed about what the bank regarded as an isolated incident.

"This is blatantly fake money," said the customer in an interview with KOMO, adding, "The bank isn't supposed to miss these things… I just don't want this to happen to other people. A bank industry is supposed to be trustworthy."

Bank of America is the second largest consumer bank in the United States, with some 16,000 branded ATMs in the US alone. Consumer groups routinely place the bank at or near the bottom of opinion polls regarding the financial giant's customer service and reliance on high fees.