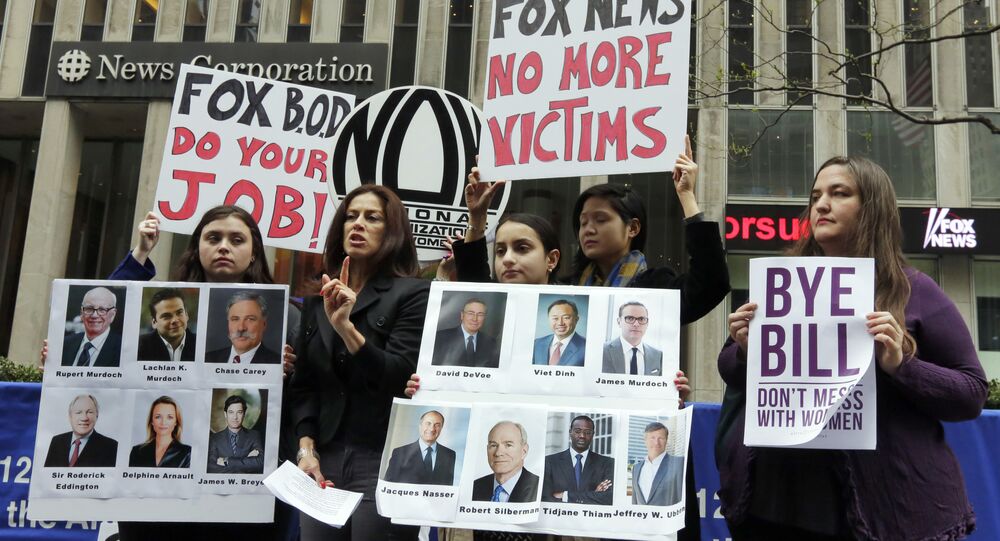 After being fired from Fox News, longstanding political and cultural commentator Bill O’Reilly has resurfaced with a request for sympathy, issued in the form of a video uploaded to his personal website

After spending more than 20 years at Fox News, disgraced pundit and self-promoting American entertainment personality Bill O'Reilly was forced to step down from his position following the revelation that he had been hit with several lawsuits alleging multiple incidences of sexual harassment and inappropriate behavior.

At least seven documented incidences of sexual harassment have been reported against O'Reilly, resulting in at least five known lawsuits, all of which ended in large cash payouts to plaintiffs, which were paid by O'Reilly and his former employer, Fox News.

In O'Reilly's personal video, he expressed that he was sad that he is no longer on television.

"I am sad that I'm not on television anymore," he said, adding that he was "very surprised how it all turned out."

He added, however, that in his opinion, the "truth will come out."

O'Reilly's surprise is not shared by his peers — or his advertisers. James Murdoch, son of Rupert and CEO of Fox News' parent company 21st Century Fox, remarked that, "We did a thorough investigation, a thorough review," before reaching their conclusion to fire the legacy US news television performer, according to the New York Times.

Mercedes-Benz, long promoted on O'Reilly's program, simply stated: "The allegations are disturbing and, given the importance of women in every aspect of our business, we don't feel this is a good environment in which to advertise our products," according to the Atlantic.

Celebrities from across the political spectrum chimed in on O'Reilly's firing.

Late Night host Stephen Colbert commented: "Say what you will, but Bill O'Reilly always had your back. And if you were a woman, he might try for your front, too."

Author Stephen King was unapologetically blunt: "Trump supported O'Reilly because both are members of the odious boys' club where members feel they can abuse & humiliate women at will."

O'Reilly's publishing career, according to the New York Times, also appears to be in limbo for the moment as, without a faithful television audience to pitch his products to directly, he will reportedly face a significant drop in sales.

His book publisher Henry Holt, however, knows a good thing when it sees one, and has announced its intention to continue to merchandise O'Reilly's best-selling personal brand of reality.