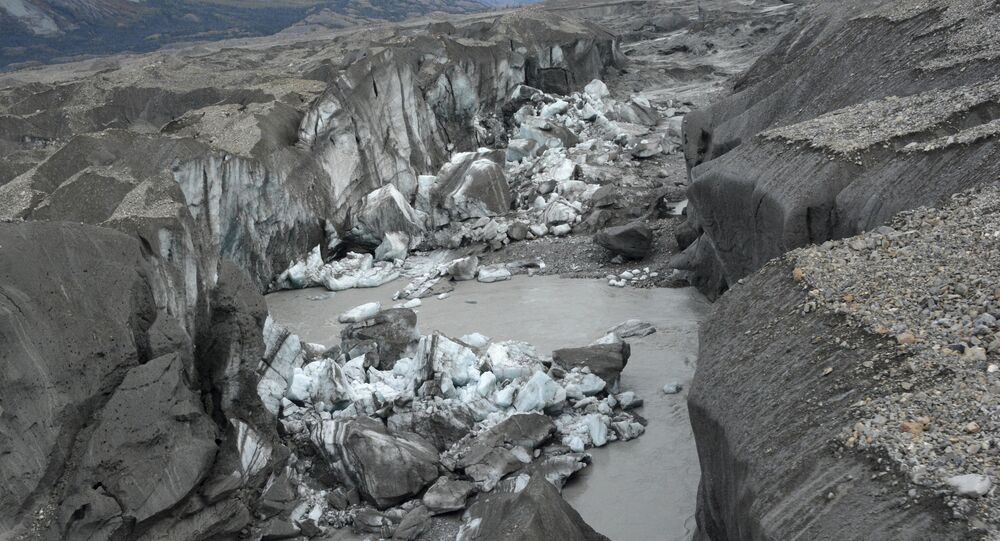 As glaciers disappear on our increasingly warm planet, the rivers fed by their meltwater are affected as well, sometimes dramatically altering the landscape, as the remarkable shift of a Canadian river has just illustrated.

Geologists studying the glacial meltwater river flowing from the enormous Kaskawulsh Glacier in Canada's Yukon Territory discovered that as the glacier rapidly receded, the original northward flow of the water switched to a new flow, this time to the south, within the space of just one week.

Glacial meltwaters from the Kaskawulsh that originally flowed north to join the Yukon River and end up thousands of miles away in the Bering Sea very quickly changed course to flow in the opposite direction, to the south, joining the Kaskawulsh River and emptying out into the Gulf of Alaska, less than a hundred miles away.

The change could hardly be more dramatic, according to the researchers at the University of Washington Tacoma (UWT), who claim that this is the first incidence of "river piracy" brought about by global warming as a result of human-induced climate change, according to USAToday.

River piracy is a well-known geological event, but is normally caused by erosion, earthquakes or landslides. The rapid melting of a river's glacial source is unprecedented, according to the UWT scientists.

"Geologists have seen river piracy, but nobody to our knowledge has documented it happening in our lifetimes," said UWT geoscientist Dan Shugar. "People had looked at the geological record — thousands or millions of years ago — not the 21st century, where it's happening under our noses," reported USAToday.

Shugar stated that the shift will affect sediment transport, lake chemistry, fish populations, as well as wildlife behavior, as the surrounding region adjusts.

As reported on the UWT website, Shugar's colleague John Clague, of Simon Fraser University in Canada, said that the river's dramatic shift "highlights the huge changes that glaciers are undergoing around the world due to climate change."