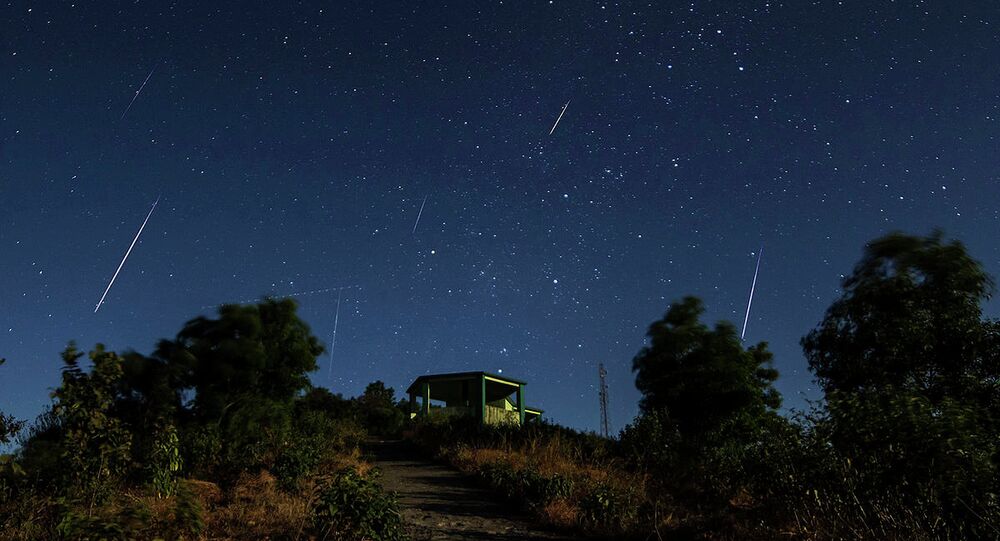 Eyes to the Skies! Massive Meteor Shower to Peak April 22

If you live in the Earth’s Northern Hemisphere, you may be able to observe shooting stars streaking across the night sky in the season’s second big light show, as the annual Lyrid meteor shower is now in full swing.

The Lyrid meteor shower, on display from April 16 to 25, will peak in the early morning of April 22, just a few hours before dawn.

© AFP 2021
Which Legendary Soviet Space Explorer Are You? Take Our Quiz and Find Out

Visible from within the celestial formation known as the Summer Triangle, the Lyrids' rate can average up to 18 per minute (although a fickle universe offers no guarantees), all appearing to come from one position, or "radiant," in the night sky.

Originating from the 461-year solar orbit of Comet Thatcher, which was first identified in 1861, the Lyrids will occur this year under a small, waning moon, allowing for excellent visibility, if clouds don't get in the way.

The Lyrid meteors are the result of Earth passing through Thatcher's dusty tail. The comet is not expected to reappear in our vicinity until around 2280.

As tiny chunks ejected from the comet enter the Earth's atmosphere — at some 100,000 mph — they are quickly burned up, resulting in a glorious show of shooting stars. If a particularly dense clump of material enters Earth's atmosphere, a "rain" of meteors can be seen. There have been occasional documented sightings of more than 100 bright streaks per minute speeding through the night sky.