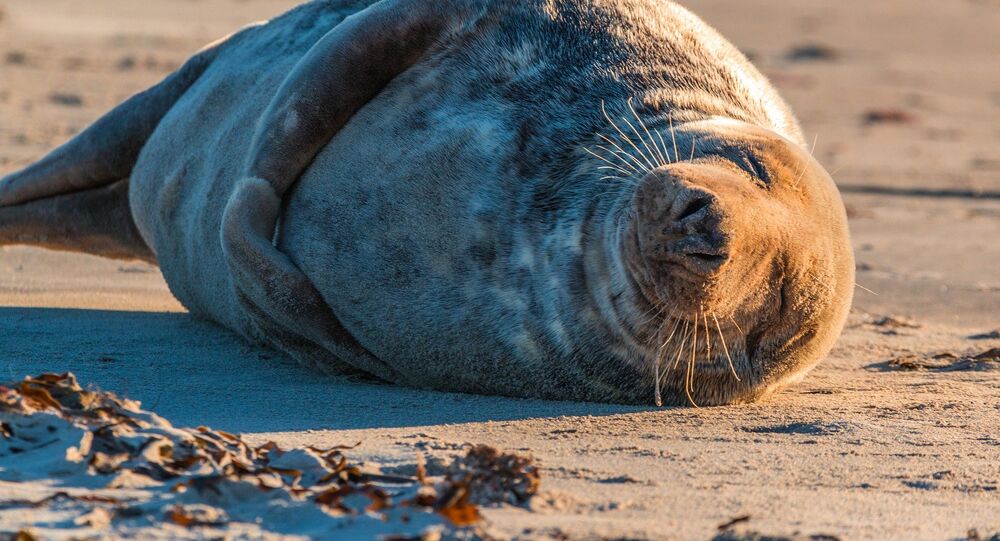 Police and emergency services had to step in to evict a cheeky seal cub, who persisted in upsetting law and order in a Swedish town.

© Photo : Pixabay
Seals 'Lend a Helping Flipper' to Swedish Researchers in Maritime Monitoring
The angry seal cub showed up in Norrtälje city center on Monday. A police patrol managed to push the intruder to the Norrtäljeån river and considered the problem solved. However, next day, the stubborn seal was back on dry land and had to be moved further away from the city center.

"Last night, a patrol had to move out to Roslagsgatan Street, where a grumpy seal was lying and hissing at passers-by. It did not show any respect for the police force either. Talk about badgering the public servants," Norrtälje police said describing the incident on their Facebook page.

On Tuesday, police and emergency forces joined forces after contacting a game warden to effectively place the intruder further away from the city center to prevent it from hassling locals.

"Of course, we cannot prevent it from coming ashore, but what we did is move it to the near-by Furusund area. Herring is reported to arrive quite early there, so it probably gets better food," Norrtälje police station commander Antoni Ballarin told the Swedish national broadcaster SVT.

© Sputnik / Igor Zarembo
Hot and Bothered: Global Warming Gets Baltic Seals in Hot Water
One theory is that the cub was abandoned early by its mother. Seal mothers suckle their young for a couple of weeks to let kids cope on their own thereafter.

Norrtälje (population 17,000) is a town in Stockholm County, located near the Åland Sea bay of Norrtäljeviken 70 kilometers north of Stockholm. In summertime, Norrtälje, which boasts a lot of country houses, turns into a popular resort.

Among local fishermen, seals are known as vermin, causing damage to fishing gear and pinching the catch. Seal hunting season begins April 20 and runs until December. The annual quote for Sweden includes a total of 525 gray seals, 290 harbor seals and 130 ringed seals. The hunting is mostly focused on fishing areas, to reduce the seals' impact.