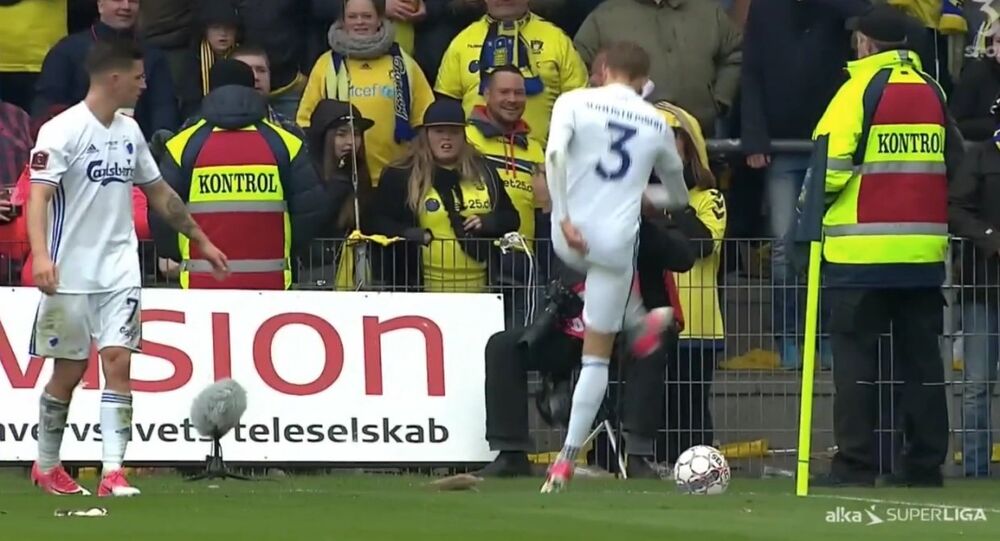 While many were enjoying the annual tradition of sharing chocolate eggs on Easter Sunday, supporters of the Danish association football (soccer) club Brøndby pelted FC Copenhagen, the visiting team, with dead rats.

© Flickr / Taneli Mielikäinen
Rodent Alert! Rats Reside in Cult Monument in Finnish Capital
As local Brøndby was trailing 0-1, its supporters resorted to a last-ditch attempt to turn the scales by hurling dead rats at FC Copenhagen's left back Ludwig Augustinsson, who was preparing to kick the ball.

However, the unappetizing rat trick did not help the home team score any goals. Although the FC Copenhagen players were repulsed by the incident, they nevertheless held on to win.

"Anything else — you can deal with it, but this? It was plain disgusting," FC Copenhagen striker Andreas Cornelius told the Danish TV-channel TV2.

Brøndby management pledged to look into the incident and ban the fans involved in the rodent flinging.

Brøndby IF is a Danish football club based in Brøndbyvester, on the western outskirts of Copenhagen. In the past decades, the club has won ten national Danish championship titles and six national Danish Cups. FC Copenhagen (also known as FCK) was founded in 1992 after a merger of local clubs. Ever since, Brøndby and FC Copenhagen have been engaged in a fierce rivalry. The Derby between the two clubs is often referred to as the "New Firm" and is known to attract the biggest crowds in Danish football.