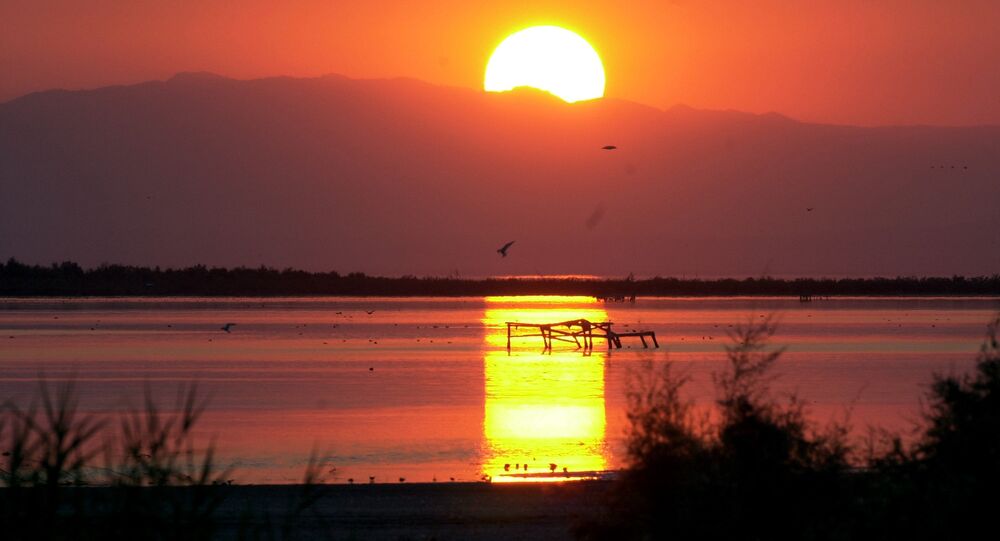 A new study suggests that actions must be taken now to limit the effects of global warming, as humanity has just ten years to begin the process of balancing out Earth’s climate. It’s a warning brought home by just-released reports showing that March was the second-hottest month since record keeping began.

Following reports that February was the second hottest month, and before that January was the third hottest, since temperature record-keeping began in 1850, additional warnings have been released by the scientific community, which include recommendations on how to go about stopping, and potentially reversing, the process of global warming, as detailed by Climate Central.

The International Institute for Applied Systems Analysis (IIASA) has completed a paper published by Nature Communications documenting the necessary moves that must be implemented to stave off the threat of increasingly hot temperatures on the surface of the planet, a result of global warming brought about by human-induced climate change, according to Ecowatch.com.

Last year was the hottest year recorded and, while 2017 is on track to come close — due to the lingering effects of last year's El Niño — no one who understands the overwhelming data can dispute that the effects of unchecked global warming will have catastrophic consequences for humanity.

"If there is one thing the record of past climate events teaches us is that [current] unabated fossil fuel burning will have severe and long-lasting consequences," said Richard Zeebe, a paleoclimate researcher at the University of Hawaii, according to Climate Central.

Meteorological records detailing worldwide temperature averages dating back some 137 years have been brought into play by NASA, which reported Friday that March 2017 was 2.02°F (1.12°C) warmer than the average temperatures recorded in the period between 1951 and 1980, a close second place, behind only March 2016, which was 2.29°F (1.27°C) above average.

According to the IIASA study, the current level of atmospheric carbon dioxide, the gas creating the greenhouse effect increasing temperatures on Earth, is currently at unprecedented levels, and if not checked could reach levels not seen since core samples revealed similar figures some 50 million years ago. At those levels, according to the report, humanity would find existence difficult.

During that paleontological epoch, life on Earth was very different.

"The early Eocene was much warmer than today: global mean surface temperature was at least 10°C (18°F) warmer than today," said Dana Royer, a paleoclimate researcher at Wesleyan University and co-author of the new paper.

Atmospheric carbon dioxide has been on the increase since the dawn of the Industrial Revolution. Using late-18th century soil samples, scientists and climatologists measured carbon dioxide levels at the time averaging about 280 parts per million (ppl). Now, those same levels are at least 400 ppm, a statistical benchmark according to Scientific American, with the expectation of reaching 410 ppm in just the next few weeks.

Those numbers are not expected to decrease without some kind of intervening action on the part of humanity, in the form of a shift in the behavior of people, corporations and countries. Some of those actions are listed in the IIASA paper, entitled Pathways for Balancing CO2 Emissions and Sinks.

Among suggestions are a reduction of the global use of fossil fuel to less than 25 percent of the world's energy supply, down from its current lofty peak of 95 percent. Also recommended to decrease emissions is an increase of carbon sinks in the form of forests, especially by ending the practice of clearcutting.

Renewable energies, including solar, hydropower, wind, and bioenergy sources must also increase globally by at least five percent annually, for at least the next five years, according to the IIASA report.

Of the last 17 hottest recorded years on Earth, 16 have been in the 21st century, as recorded by the National Oceanic and Atmospheric Administration, which has announced that it will release new global climate data April 19, expected to to parallel the recent NASA findings.