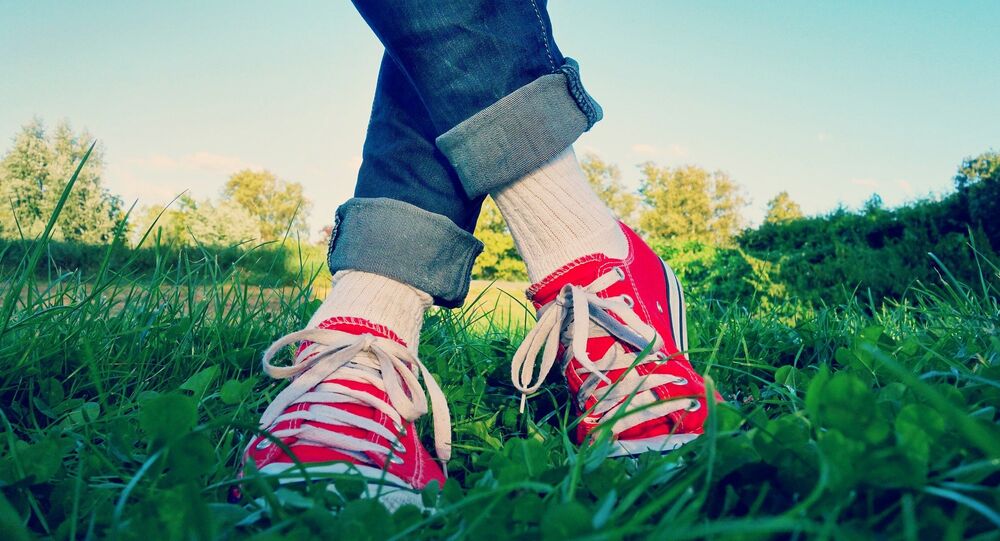 Engineers Reveal Why Laces Often Come Undone by Themselves (VIDEO)

Scientists have finally got their hands (and feet) on the longtime mystery of why shoelaces persistently become untied. A group of mechanical engineers at the University of California, Berkeley, offered a scientist explanation as to why it repeatedly happens.

© AP Photo / Steven Senne
Good Math: One Hour of Running Can Add Seven Hours to Your Life
UC Berkeley scientists conducted a study, which revealed why the laces on sneakers come untied so often. The results of the study were published in the journal Proceedings of the Royal Society A on April 11.

With the help of a slow-motion video camera and a few experiments, engineers had received footage of a disintegrating shoelace knot. They didn't need to go far for that: Study co-author Christine Gregg, who is also a runner, laced up a pair of sneakers and ran on a treadmill, while her colleagues filmed the process. Using sensors, the research team measured the dynamic load the lacing were being exposed to.

When running, the foot strikes the ground at seven times the force of gravity, scientists found out. In response to that force, the knot stretches and then relaxes, which is why it loosens. The stomping of the foot applies an inertial force on the loop ends of the laces, until they finally fall apart.

According to engineers, the exact description of this process will help understanding the features of other nodal structures, such as DNA.