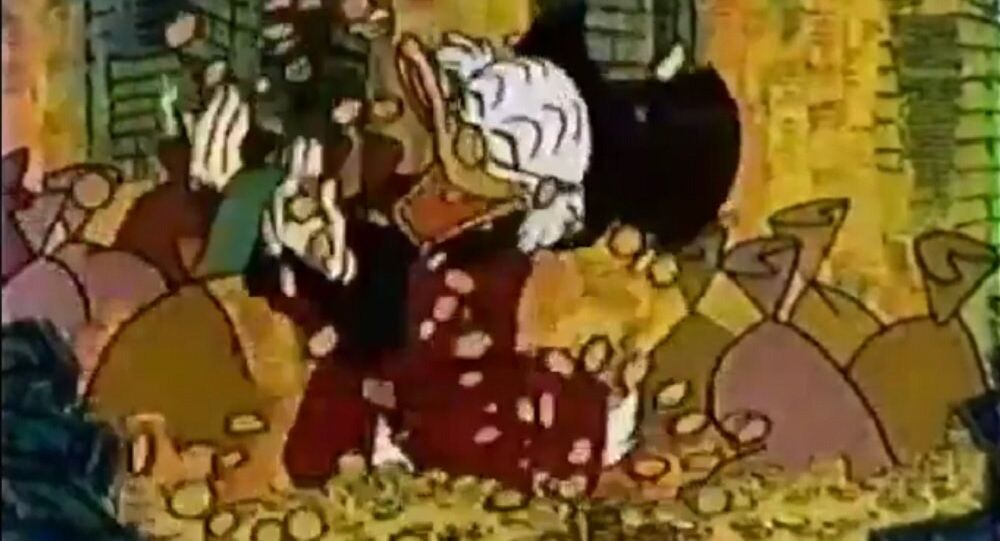 Reddit users discovered the things moneybags do that ordinary people don't even know exist. A discussion kicked off April 5 on the social platform has already gained over 22,000 comments, some of which are truly odd.

The user under the nickname Djcard1 published a question: "What is an activity the ultra-rich partake in that regular people don't even know exists?" on AskReddit. In response, the network's users sent thousands of examples of the unusual hobbies and preferences of millionaires.

© CC0 / PIxabay
Classes to Masses: Brexit Takes Toll on 400,000 British Millionaires
Super-rich people are known for their expensive taste and snobby hobbies. Some wealthy families dart off abroad just for shopping or even for a dinner. "I hear of wealthy Londoners (or nearby) who simply jump in their helicopter and fly to Paris for an evening meal, then come home again," one of the users wrote.

Other ultra-rich people, on the contrary, prefer to organize their favorite leisure time activities at home. "The CEO for a company I used to work for put a giant tank (pool) with a submerged "sunken ship" inside of it in his backyard so that he could scuba dive around in it," RedBarnGuy revealed.

According to Pelican737, using the term "summer" as a verb also fits the weird things millionaires do. "We're going to summer in the Hamptons, i.e., move to another location for the summer, presumably another residence that they also own," Minuteman_d explained.

© Photo : Youtube/seasteading
Real Utopia: The World's First Floating City May Be Built in the Pacific (PHOTOS, VIDEO)
Some millionaires use seasonal furniture, other users noted. ""I used to be a general contractor and one of my clients would hire me and my crew to put away and clean the wrought iron ‘winter' lawn furniture, about 40 pieces in all, and then clean, sand, and re-stain the ‘summer' (teak) lawn furniture and set it out," user Mullinerparkward shared his experience.

"Well, it's getting on into April so we better get the spring couches and chaise lounges out of storage, and swap out the winter dining table and china for the spring set. Better get out all the matching drapes, too," another user joked.

No surprise, many users recalled rich people who have different nannies, helpers and other stuff to do things for them and their kids. "Met a cool young girl at my college — she was like a princess — she said that was the closest English word to describe her status. Before coming to school, she had never dressed herself, bathed herself, walked up or down stairs without a maid holding her hand… I initially found this out when I heard her ask someone for help going down a flight of, like, 6 stairs," Seeteethree wrote.

© AP Photo / Patrick Semansky
Shocker: Financial Docs Reveal a White House Packed with the Super-Rich
Some users wrote that they've met millionaires who build bomb shelters or buy land so no one can develop it, just to keep unwanted people away. Buying real pieces of art to outmatch other rich families is also a common thing, according to netizens. Some don't mind to shell out big bucks for a home library not for reading, but for the reputation.

"I worked in a bookstore in New York, which was located in a block of luxury apartments. One day we had a couple. They told that they just moved in and need to buy a pile of books to beautifully arrange a home library. They instructed us what types of books they need. But for the most part, basing on our recommendations, they bulk-bought those books which would show their guests how intelligent and well-read they are. They paid us 25,000 dollars just to show someone that they have a library," one of the users wrote. This comment received more than 33k likes and became the most popular in the entire discussion.