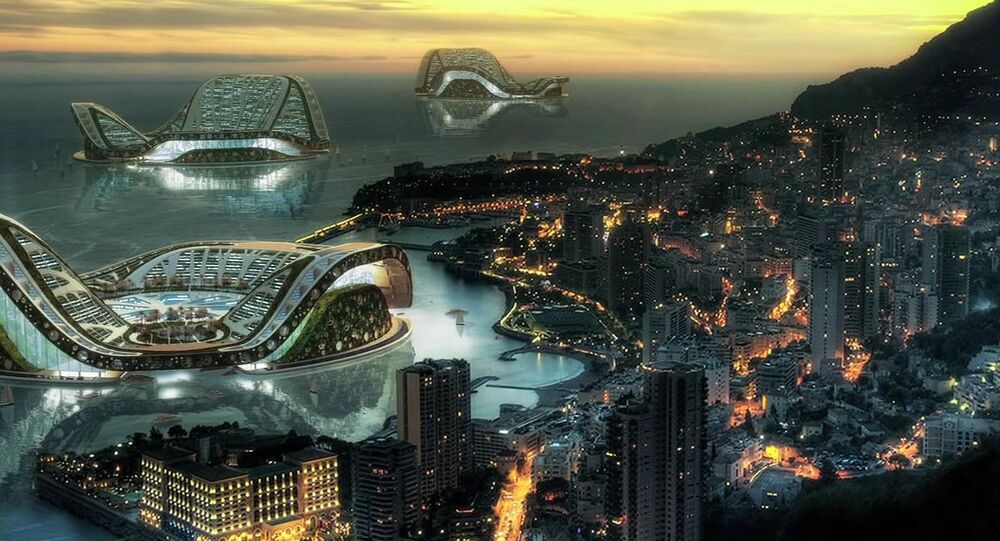 Real Utopia: The World's First Floating City May Be Built in the Pacific

A group of experts from The Seasteading Institute based in California are planning to erect the first floating city off the French Polynesian coast.

People have always dreamt of moving to a better place for life. Some prefer an easy way to escape noisy dusty cities and live in the countryside, while others dream big and work on Utopia-like projects, such as the resurrection of the Russian Empire in Kiribati and the creation of seasteading communities — floating cities which will allow the next generation of pioneers to peacefully test new ideas for how to live together. The term "seasteading" is a combination of the words "sea" and "homesteading."

© Photo : Youtube/seasteading
Ocean Cities
Youtube / Sputnik
Back to the Stone Age: Chinese Couple Lives in Cave Over Half Century
Founded in 2008 by Peter Thiel, a Facebook billionaire and American entrepreneur famous for co-founding Paypal, and Patri Friedman, the grandson of Nobel Prize-winning economist Milton Friedman, The Seasteading Institute (TSI) aims to bring the idea of creating permanent dwellings at sea into real life.

In the spring of 2013, TSI launched The Floating City Project, which proposed to create a floating city within the territorial waters of an existing nation, rather than the open ocean. According to the institute, this proposal had several advantages: it would be easier to engineer a seastead in shallow waters, easier for residents to travel to and from the "mainland" and easier to acquire goods and services from existing supply chains.

Later year, TSI raised $27,082 through the IndieGoGo crowdfunding platform and hired the Dutch marine engineering firm DeltaSync, a leading specialist in the field of floating urbanization.

Things got more serious in 2016, when The Seasteading Institute representatives met with French Polynesian officials and discussed building a prototype seastead in a sheltered lagoon. Just recently, on January 13, 2017, the government officially signed an agreement with TSI to cooperate on creating a legal framework to allow for the development of The Floating Island Project. The legislation will give the Floating Island Project its own "special governing framework" creating an "innovative special economic zone."

The creation of a "special economic seazone" would give floating islands considerable autonomy, according to the company's official website. In return, TSI is required to produce an environmental and economic analysis before it can get started.

The institute's Australian ambassador Ashley Blake, who spoke at the Myriad startup festival held between March 29-31 in Brisbane, described the project as a startup and a place to test new technologies and ways of living. However, this "social enterprise" is not for everyone. "It's not a solution for a complete full stack of society," he said. "Maybe the model that ends up working is a floating aged care home, we don't know. Or maybe it's a place where young entrepreneurs can go."