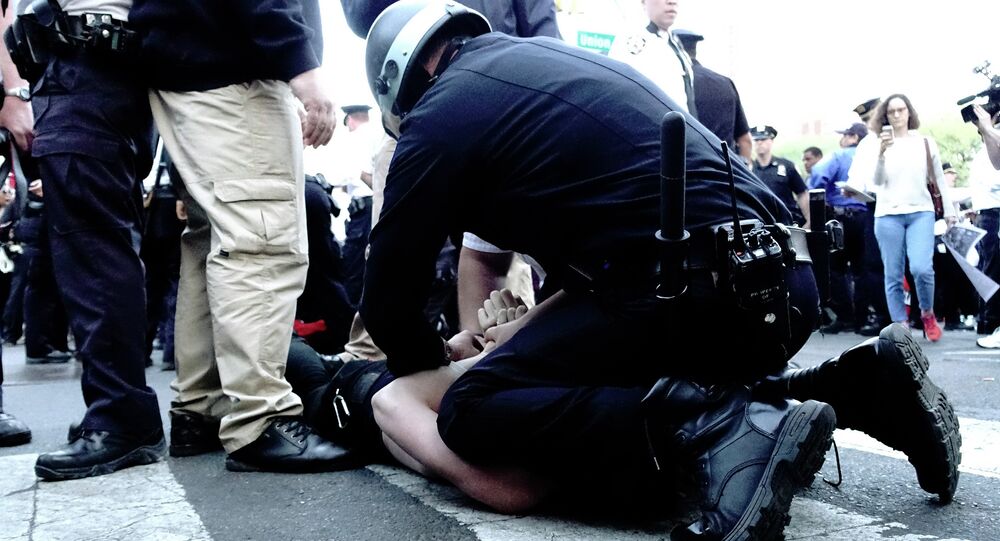 Documents unsealed by court order in February revealed that NYPD officers gained the trust of BLM activists, accessing privileged information to keep the police one step ahead of planned protest actions.

Police in the city were routinely able to identify protest organizers and participants in the 2014 marches protesting the death of Eric Garner, an unarmed black man, at the hands of an excessively violent white NYPD officer. Garner was selling unlicensed cigarettes at a storefront where he had received permission from the manager to set up shop. The killing was ruled a homicide by the New York City coroner.

Black Lives Matter organizers have been subjected to harassment and heavy surveillance, including detention, arrest and prison for their protest actions around the country.

Keegan Stephan, an activist working with lawyers to gain access to surveillance data taken by NYPD officers of BLM protests, said, "I feel like the undercover [officer] was somebody who was or is very much a part of the group, and has access to information we only give to people we trust," according to the International Business Times.

Retired NYPD detective Joseph Giacalone was quoted as saying: "This could have been going on a while before, for these people to get so close to the inner circle."