He may be celebrated for getting the ball in the back of the net, but British footballer David Beckham sparked controversy this weekend, after posting a video entitled "Great 48 hours in China" following a visit to Hong Kong and Shanghai.

The title sparked a flame war between Hong Kong and the mainland social media users over his choice of words. "This is Hong Kong, not China!"  wrote many of the irate comments from HongKongers, while nationalist netizens argued, "You were absolutely correct. Hong Kong is undoubtedly part of China." 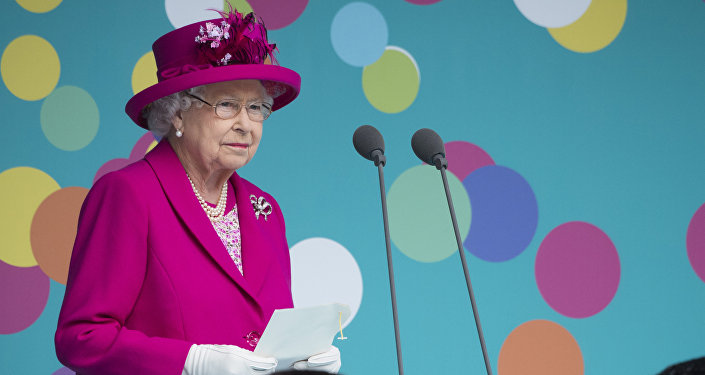 © AFP 2019 / Arthur Edwards
The Queen Beats Beckham, JK Rowling as Greatest Achiever of All - UK Kids' Poll
Beckham visited Shanghai, where he was named as global ambassador for a  life insurance company on Thursday. He went to Hong Kong to meet with company personnel on Friday. The short video includes different scenes and activities from Beckham's trip to the city.

The comments have turned Beckham's Facebook page into the latest battleground between netizens who dispute the interpretation of the "one country, two systems" policy.

"The various voices on social media showcase a free Hong Kong, although it is true that some of the younger generations are sensitive about the return of Hong Kong," Zhang Dinghuai, a professor at the Contemporary Chinese Politics Research Institute of Shenzhen University, told the Global Times.

The Chinese government would approach the notion of country in a smart way that would be accepted by Hong Kong society, he said.

The online spat happened as Hong Kong elected its first female chief executive, Carrie Lam Cheng Yuet-ngor, on Sunday, who is tasked with the difficult mission of healing the social divisions that have plagued Hong Kong since the Occupy Central movement in 2014.

Beckham and #CatsAgainstBrexit: Countdown Is On & Claws Are Out