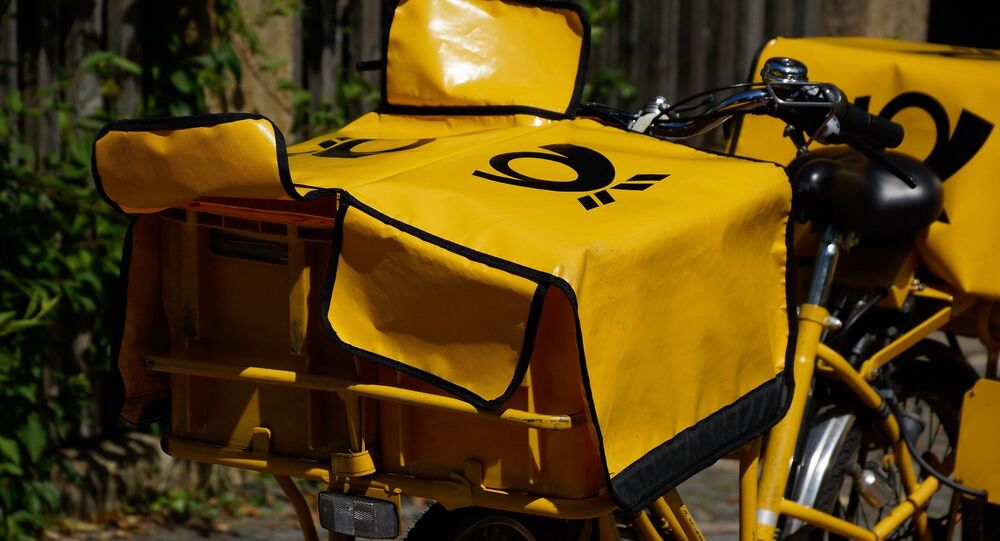 Have you ever received mail intended for someone else? Even if you have, you can't possibly imagine the astonishment of the Swedish man who happened to find an envelope in his mailbox which was neatly addressed to none other than Vladimir Putin himself.

© Wikipedia / Alexey Danilovich Kivshenko
Swedish History Professor Tries to Knock Some Common Sense Into Russia-Bashers
Per, who hails from the southern Swedish city of Trelleborg, has neither a name nor an address that can be remotely confused with that of Vladimir Putin. Nevertheless, the Swedish post service PostNord decided he was the right person to get the Russian President's mail, local newspaper Trelleborgs Allehanda reported.

The only thing that Per has in common with the constituency office of Vladimir Putin in Moscow is the house number, 23. This coincidence might have spurred the error during the automatized sorting process, although it still remains unclear why the mailman failed to spot the obvious error in that "Ilyinka 23, Moscow, Russia" is located far from Trelleborg.

This anecdote left PostNord's press office as baffled as Per himself.

"Sometimes, things go wrong when the machines do the sorting. Especially when they misread the address," Maria Ibsén at PostNord told Trelleborgs Allehanda. "We manage 1.8 billion letters a year, and sometimes errors happen, unfortunately. Of course, it's sad if Putin did not receive his letter," she added.

Of course, Per was curious what his fellow Swedes had to say to the Russian President. Even if the thought of opening the envelope crossed Per's mind, he quickly dismissed it.

PostNord recommended that Per put the letter in an ordinary yellow mailbox, which is the common practice in case of misaddressed letters.

- making sure the mail goes out to the giveaway-winners 💌🎁 the mailman won't mind some drool, right #postnord?