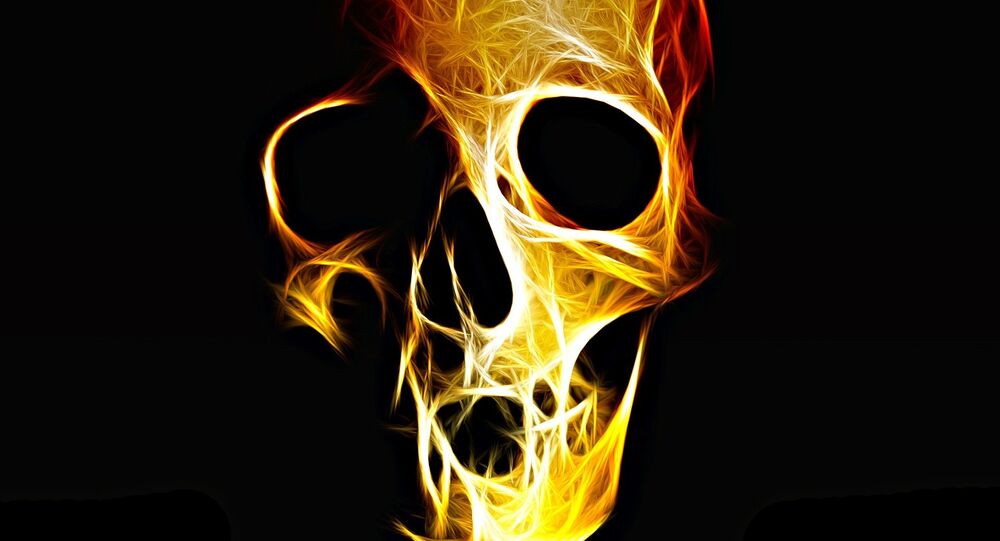 The question of whether a belief in the supernatural helps or hinders an individual's acceptance of their own mortality is an age-old one. Now however, an academic review of international studies on the subject, suggests a close relationship - although the lead researcher on the project told Sputnik the full picture is a complicated one.

Religion has long been theorized as one of, if not the, key motivation behind religion belief. Notions of an afterlife are nearly universal across cultures throughout history, although conceptions vary greatly, and have evolved over time.

Given this close suspected association between religion and death, researchers have long speculated religion to be a mollifying factor when it comes to fear of death. In essence, received wisdom is that religious believers are less fearful of death than non-religious individuals, and vice versa.

Setting out to systematically unravel this relationship, a team of researchers from Oxford, Coventry, Royal Holloway, Melbourne and Otago Universities conducted examinations of 100 studies on the topic published between 1961 and 2014, which contained information on around 26,000 people worldwide.

Our latest — Who is least afraid of death? @jontweetshere https://t.co/227n6hZVGX

The approach, a technique referred to as meta-analysis, was chosen in the belief it would produce a better estimate of consensus in the field than individual studies. Combining this data, the researchers found higher levels of religiosity were weakly linked with lower levels of death anxiety. The effects were similar whether they looked at religious beliefs such as belief in God, and an afterlife, or religious behavior like going to church, and praying.

In brief, the findings suggest the two groups most likely to fear death least were either very religious, or atheists — people at every stage in between were far more likely to dread their expiry. However, this general overview obscures complexities and anomalies in the research. For instance, this finding was only fairly unambiguous in 30 percent of studies — and perhaps surprisingly, 18 percent of studies found religious people were more afraid of death than non-religious people, while over half the research showed no link at all between the fear of death and religiosity.

© Flickr / A3X
Resting in Peace: Sweden Gets First Religion-Neutral Cemetery
Some studies also distinguished between intrinsic religiosity and extrinsic religiosity — the former referring to religious behavior driven by true belief, the latter when religious behavior is motivated by pragmatic considerations, such as social or emotional benefits of being a follower. Meta-analysis showed while the intrinsically religious enjoyed lower levels of death anxiety, the extrinsically religious experienced higher levels.

The team also checked for curvilinear patterns in the data. Rather than assuming religiosity is either positively or negatively related to death anxiety, some researchers posit the relationship is an upside-down "U" shape, with religious believers and disbelievers showing less death anxiety than people in between. Out of the 100 studies, the team only found 11 studies robust enough to test the hypothesis, although 10 followed the pattern.

The researchers were led by Dr. Jonathan Jong, Research Associate at the Institute of Cognitive and Evolutionary Anthropology and Research Fellow at Coventry University. He says the study forms part of a wider intended look into the degree death underpins beliefs and behaviors.

"The link between death anxiety and human action is nothing new — Ernest Becker published a book called Denial of Death in 1973, which suggested such fears drive everything humans do. All achievements in art and science, he theorized, were an attempt to defeat, or deny, death," Dr. Jong told Sputnik.

Dr. Jong notes that there have been hundreds of experiments into the subject ever since, which have suggested a desire to live forever feeds cravings for wealth, a need to have children, feelings of nationalism and xenophobia and more.

Religion was of particular interest for Dr. Jong, however, no faith yet discovered has been agnostic on the question of an afterlife. In the ancient world, conceptions of the hereafter were "scarier," with Mesopotamians believing those who died fell into a hole where they would battle monsters, and could potentially die a second death. "Positive heavens" are very much a "new thing."

"The inverse-U pattern was an interesting finding, certainly. It definitely complicates the traditional view of the relationship between religious belief and a fear of death. It may well be atheism provides comfort from death, or people who are just not afraid of death aren't compelled to seek religion," Dr. Jong said.

"While the results are compelling, they also suggest the relationship between religiosity and death anxiety isn't particularly clear cut, instead differing from context to context. Most studies we looked at were conducted in the US — only a small number were carried out in the Middle East or East Asia. This makes measuring how the pattern varies from culture to culture and/or religion to religion tricky. That's definitely something I hope to look into in the future though," Dr. Jong concluded.