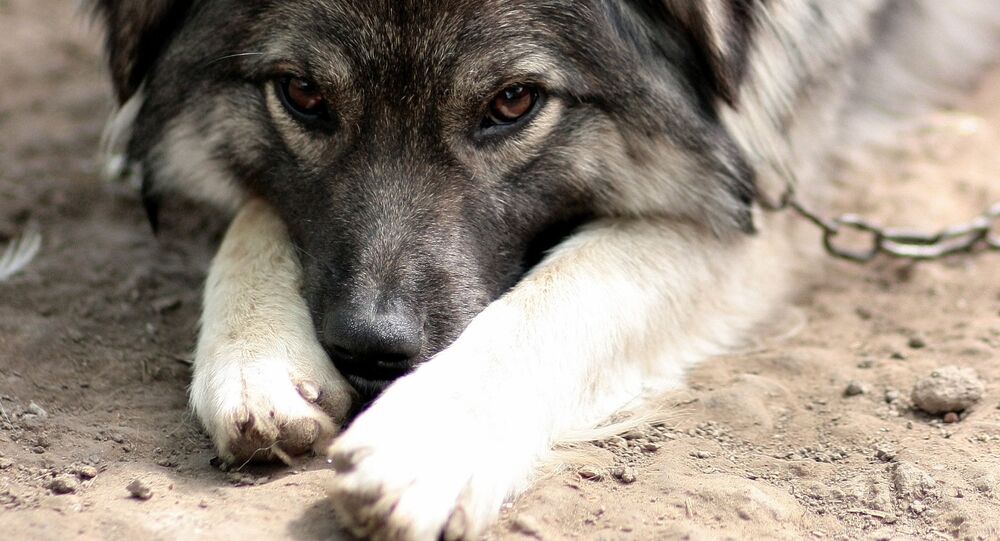 Animal rights activists are alleging that the US Department of Veterans Affairs has been conducting cruel experiments on dogs, including brain surgery and stomach ailment simulations.

© Photo : Ministry of defence of the Russian Federation
Dogs and Kites: How Russian Sappers Demine Daesh Booby Traps in Syria's Palmyra (VIDEO, PHOTOS)
The Department of Veterans Affairs wouldn't seem to be an organization one would associate with animal cruelty, but the VA is facing accusations from animal rights advocates of "painful, bizarre and wasteful" experimenting on man's best friend — all in the name of better care for military veterans.

The allegations come from the White Coat Waste Project (WCW), a bipartisan group of activists that aims to end government funding of animal experimentation.

According to the group's report, the department has set up several facilities where dogs are subjected to induced heart attacks, invasive and brain-damaging surgery and simulated intestinal ailments, which are said to either kill or mutilate the subjects.

"There is virtually no information on hand to say exactly what the purpose of these experiments are," said Justin Goodman, vice president for public policy at WCW.

The group says the department's documentation is confusing and incomplete, leaving many questions unanswered as to how humane the experiments are and whether they are producing any valuable information, according to the Military Times.

The VA has reacted with a statement, saying, "the best care and services to the nation's veterans is paramount to the department."

According to the statement, the testing that involves dogs includes research into diabetes, brain functions and the effects of canine companionship in post-traumatic stress disorder treatment.

The statement also points out that past medical research has resulted in advances like implantable cardiac pacemakers, the nicotine patch and electronic health records.

WCW enjoys some support from both parties in Congress, who have asked the federal government to review its animal research policies in order to prevent unnecessary harm or the deaths of test subjects.

"Taxpayers should not fund experiments that abuse animals or violate the law," she said.

VA Inspector General Mike Missal will reportedly testify before the House Appropriations Committee on Wednesday on a variety of department oversight topics.